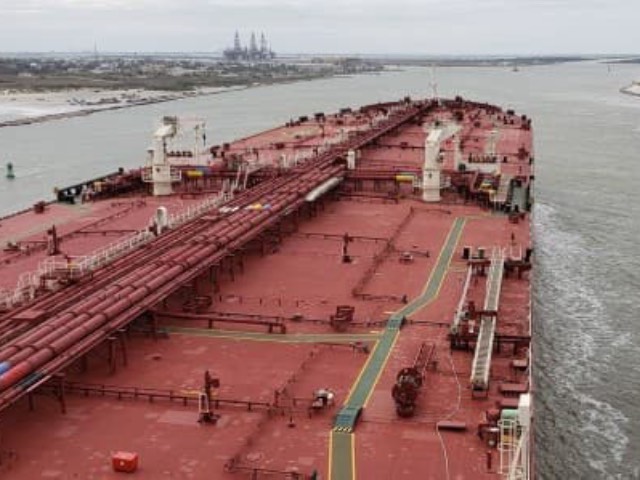 Top exporter Saudi Arabia has chartered an armada of ships to flood the market with additional oil, but in the process has driven freight costs so high refiners are reluctant to take the shipments.

That could leave the kingdom stuck with tens of millions of barrels in expensive ships at anchor when the coronavirus outbreak has destroyed oil demand and international prices have lost more than half their value compared with the start of the year.

Following the failure to persuade Moscow to support deeper output cuts at a meeting of the Organization of the Petroleum Exporting Countries and its allies, known as OPEC+ early this month, Saudi Arabia said it would increase output to record levels in a fight for market share.

Shipping industry sources say Saudi Arabia has booked as many as 25 supertankers and provisionally chartered another 15 vessels, to send oil to new and old customers to undercut Russia. Together the ships can carry 80 million barrels of oil – almost equivalent to a day of global demand.

The rush for ships sent tanker rates soaring, prompting the kingdom to tell its buyers it would abandon its usual policy of providing compensation for freight jumps, making Saudi’s deep discounts less attractive.

Several European majors and refiners are engaged in talks with Aramco to try to cut April crude purchases, four trading sources told Reuters, asking not to be identified because of the sensitivity of the issue.

It has yet to be seen whether the world biggest oil company has miscalculated or has a winning strategy that will effectively deprive its rivals of many vessels.

Aramco traditionally stores crude inland at its own hubs, such as Ras Tanura, and in major Asian, U.S. and European consuming centres, where it has storage and pays relatively little compared to the current tanker rates.

Now it needs to store at sea.

“Floating storage is the only way to handle extra oil if the Saudis are testing what they have never done before – record exports of 10 million barrels per day,” a Western consultant who was briefed on Saudi policies said on condition of anonymity.

Floating storage is usually dominated by the oil majors and trading houses, which charter ships to store oil they produce or buy cheaply from the market, betting they can resell at a profit when prices recover.

The strategy is known as a contango play, referring to the oil market structure when cargoes for short-term delivery are cheaper than those for later delivery.

It can earn players tens of millions of dollars, as in 2009 when more than 100 million barrels was held at sea.

But Riyadh’s chartering frenzy is unlikely to give it the benefits of such a contango play and could also lock out the traditional speculative players, who even at the best of times have to pay for storage, insurance and the cost of moving oil.

According to traders’ estimates, the high freight rate environment requires a 12-month contango premium of at least $15 per barrel. On Monday, Brent’s 12-month future-to-prompt-month premium was around $10 per barrel.

STORAGE OUT OF NECESSITY

Oil traders will also have to pay a premium for time charters, or leasing for extended periods.

“Someone who was looking to take a time charter three weeks ago for possible storage would have paid around $30,000 a day and could have made a profit doing that or re-letting the tanker into the market for $200,000 a day,” Richard Matthews, head of research with ship broker E.A. Gibson, said.

“If someone wanted to take a VLCC (very large crude carrier) for even three months currently it will cost around $110,000 a day. The contango would probably only support $90,000 a day.”