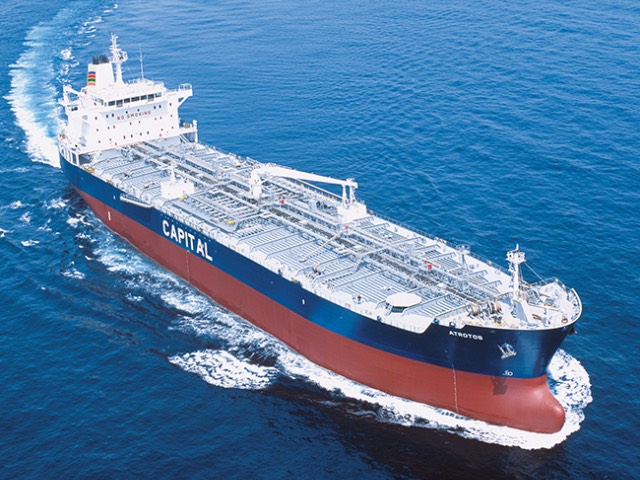 Capital Ship Management today announced that the below vessels that were previously employed on bareboat charters to AISSOT are now trading in the spot or short time charter market:

On 22 February 2020, when the estimated remaining period for the said charters to AISSOT was between three to six years, AISSOT gave notice it was terminating the charters and redelivering the Vessels to the Owners.  AISSOT’s termination was a result of Owners repeatedly asking Charterers to comply with certain protective clauses of the respective charter parties. As a result of Charterers’ unsatisfactory responses, Owners exercised their rights in December 2019, to both call for redelivery of the Vessels and to refer the dispute to arbitration, whilst AISSOT continued to employ the Vessels pending the outcome of the arbitration.  However AISSOT chose to redeliver the vessels on 22 February under dire market conditions (aprx WS 40) and with the average period rate brokers’ estimates being at the time on average lower than the charter rate under their respective charter parties. Nonetheless, Owners accepted redelivery in order to protect their rights and safeguard themselves from Charterers’ failures to comply with the charter parties, while awaiting for the tribunal’s decision.

However, notwithstanding that AISSOT redelivered the Vessels because of the state of the market, and with what Owners believe to be wrongful conduct and in respect of which they reserve all their rights, the M/T ‘Andronikos (ex ‘Anbar’) was arrested purportedly as security for unsubstantiated “market” related damages. This is a clear effort to disrupt Owners’ business and Owners will seek damages in return from AISSOT and the AISSOT managed fleet, as well as its shareholders.

Please note that Owners will move immediately to release the vessel and post security as required and do not expect any business disruption or delay in the Vessels’ schedules.

Owners chose to publicly inform the market of the above in order for market players to have a better understanding of the situation and leave it to the market to assess AISSOT’s performance.