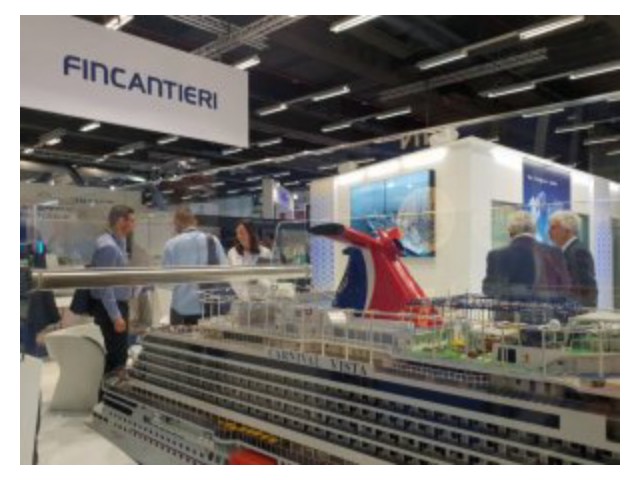 Italian shipbuilding major Fincantieri has suspended production activities at its Italian shipyards as a precautionary measure aimed at countering the potential spread of the coronavirus, the company informed.

Fincantieri is one of the world’s largest shipbuilding groups, specializing in cruise ship design and construction and a reference player in all high-tech shipbuilding industry sectors, from naval to offshore vessels. The company has over 8,900 employees in Italy and a supplier network that employs nearly 50,000 people.

“Fincantieri considers its key priorities – once again – the protection of its personnel and subcontractors, as well as meeting the current needs of our country,” the shipbuilder said in a release.

“From March 16 to March 29, the production will be suspended through the anticipation of the collective holidays with respect to their traditional use in the summer period.”

The company added that the 14 day-period was consistent with the indications imposed by the health authorities regarding quarantine in order to reduce the chance of infection, meet the government restriction measures, as well as allowing all the workers to carry out appropriate actions to tackle the emergency.

“The chosen solution, once the situation is normalized, would allow to restart again at full power in order to protect the future of our company and of our country, without resulting in an economic loss for the workers,” Fincantieri added.

“Only by doing so, with a small sacrifice compared to Italy’s state of emergency, we will avoid jeopardizing our future while protecting the company’s operational continuity, as well as maintaining the employment levels.”

Fincantieri reassured its domestic and foreign customers that once the situation is normalized, the following ship deliveries will be performed in compliance with the contractual deadlines.

Italy has been severely hit by the outbreak and has reported the highest number of coronavirus infections after China. Based on the latest update from Italian civil protection bodies, 20,603 people are currently positive for the virus. To date, there have been 24,747 infection cases in total.

The death toll from the outbreak hit 1,809 on Sunday after the country reported 368 new fatalities.