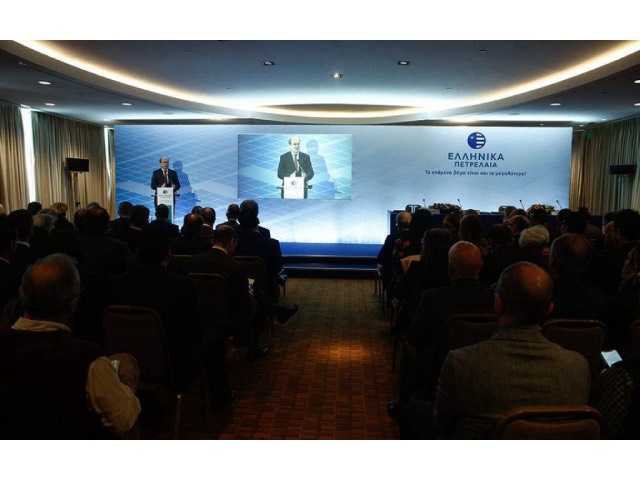 Hellenic Petroleum on Monday announced the acquisition of a solar power park in Kozani with a power of 204 MW, the largest project of renewable energy sources in Greece and one of the top 5 photovoltaic farms in Europe.

The project is currently under development by German company juwi and it is expected to be put into operation by the end of 2021.

Presenting the project, Andreas Siamisis, Hellenic Petroleum’s CEO, said it is an 130 million euros investment that will create 350 job positions and produce 300 GWh annually, energy enough to supply 75,000 households with power and save 300,000 tons of CO2 emissions annually.

“It is the first, other projects will follow,” Siamisis said, adding that Hellenic Petroleum’s goals was to develop renewable energy sources’ power to 600 MW by 2025.

Environment and Energy Minister Costis Hatzidakis, commenting on the deal said the investment was a vote of confidence in the Greek renewable energy source market and the economy in general.

He announced that a draft legislation to be presented this month will abolish production license for renewable energy sources along with simplification of approving environmental terms.

Stephan Hansen, a member of juwi’s board, said the photovoltaic farm will operate by the end of 2021 and will contribute 500,000 euros to the local society on an annual basis.