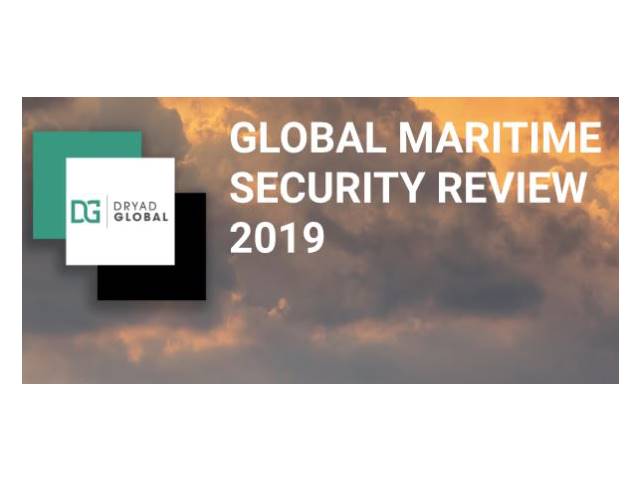 In summary, thereport controversially suggests that the significant security costs for transits in the Indian Ocean and through the Red Sea are no longer justified. There is little incentive for the insurance industry to remove its premiums that are linked to the piracy threat.

•    Despite commanding the largest premiums and associated costs of armed guards, the Indian Ocean ranks fourth in maritime crime incidents with less than one fifth of incidents of the most active; West Africa.
•    In 2019 West Africa was the most dangerous commercial maritime operating environment with the greatest number and type of incidents.
•    The current threat is presented by state actors against which anti-piracy procedures are ineffective.
•    There were 0 confirmed MARSEC incidents within the HRA within 2019.
•    Only 26% of incidents reported in the Indian Ocean occurred within the HRA, of these only one incident was a confirmed robbery of a vessel in port.
•    In 2019 there were 19 incidents of which 40% were state-backed actions (non-traditional maritime crime) within the busiest sea lanes in the world.
•    Excluding geo-political events, in the 2019 the Indian Ocean has seen a 73% fall in maritime security incidents compared to 2018 and a 83% fall compared to 2017.
•    Overall maritime security incidents in the 2019 reporting period are 95% lower than in 2011.

However, the world needs to wake up to the shipping crisis happening in the waters of West Africa;

West Africa is the hub of maritime crime and human suffering in the shipping industry yet calls for coordinated responses like those seen in the rise of piracy in the Indian Ocean have so far fallen on deaf ears.  West Africa does not have the volume of traffic as the Indian ocean does.
•    In 2019 there were nearly 6 times as many incidents than in the Indian Ocean for the same period.
•    Kidnappings represent 23% of all recorded incidents in 2019.
•    Whilst overall incidents are reducing there was a 75% increase in kidnapping incidents in 2019 compared to 2018.
•    Hijacked incidents have risen by 33% but overall account for less than 7% of incidents within West Africa.