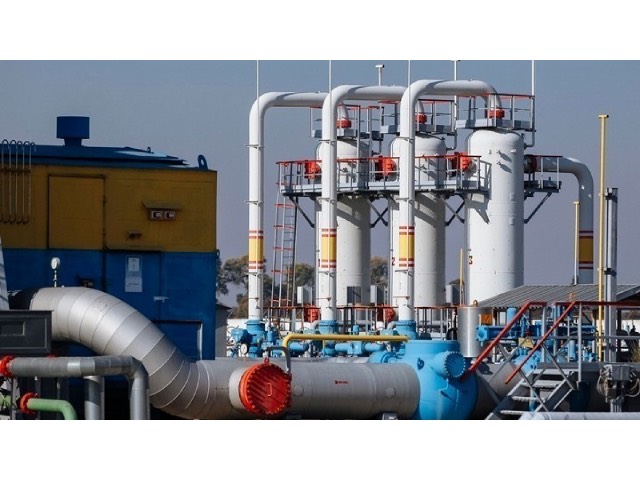 Italian Economic Development Minister Stefano Patuanelli sent a letter of support for the Eastern Mediterranean (EastMed) natural gas pipeline to Greek Environment and Energy Minister (EEM) Kostis Hatzidakis, ahead of todday’s signing of an agreement among Greece, Cyprus and Israel to build the project.
Patuanelli’s letter, which was sent on New Year’s Eve and was included in an EEM statement released on New Year’s. “I would like to express my warmest wishes for the success of the initiative, which Italy continues to support and which is in the framework of the European Projects of Common Interest (PCI) Plans,” Patuanelli was quoted by the EEM as saying.
The trilateral agreement will be signed today at Zappio Hall in the presence of the three countries’ leaders: Prime Minister Kyriakos Mitsotakis of Greece, Prime Minister Benjamin Netanyahu of Israel, and President of the Cyprus Republic Nicos Anastasiades. Signing the agreement will be the energy ministers of Greece (Hatzidakis), Israel (Yuval Steinitz), and Cyprus (George Lakkotrypis).
Prior to the signing event, a letter of intent will have been signed at EEM between the Public Gas Corporation of Greece (DEPA) and London-based Energean Oil & Gas, allowing DEPA to contract for and acquire natural gas from Energean. The agreement between the provider and buyer of Israeli natural gas will also include the provision of access to future production in Israel’s EEZ.
According to the EEM, the EastMed pipeline will directly link the East Mediterranean deposits with the European System of Natural Gas, through Greece. Some of the technical aspects revealed by the EEM in Tuesday’s statement include the following:
– The pipeline will be 1,872km long (1,335km will be submerged, and 537km overland)
– Initial capacity is for 10 billion cubic meters (bcm) annually, expandable to 20bcm maximum, annually
– Budget for the 10 bln bcm, at 5.2 billion euros
The ministry said the pipeline will provide Greece with a distinct geopolitical advantage compared to alternative solutions for the distribution of North Mediterranean natural gas (such as a pipeline crossing Turkey or LNG facilities in Egypt), for several reasons. Among them, it said, the pipeline will:
– upgrade Greece to a European-level transit hub
– create immediate direct and indirect benefits during all construction and operation phases
– open a new energy pathway that could cover Greek future deposits
– help the economic development of Greece and Cyprus and the competition in final natural gas prices
– improve the security of supply in Cyprus, Greece and Europe overall
– fulfils all diversification criteria of PCIs (source, producer, pathway)
– guarantees investment through long-term concessions of gas provision before the investment decision is taken, along the lines of Azerbaijani gas contracts (Shah Deniz II deposit).
On New Year’s Eve, Minister Hatzidakis issued an invitation to former energy ministers Giorgos Stathakis and Panos Skourletis (SYRIZA), and Yiannis Maniatis (KINAL), to attend the signing at Zappio. In a statement, he said, “EastMed is a project of peace and collaboration in the East Mediterranean, a region unfortunately known through history for a series of tensions and clashes. It is a project that will bring Greece, Cyprus and Israel closer, and a plan supported by the European Union that contributes to the energy security of Europe itself.
“It is also, however, a project that records – perhaps exceptionally – the continuity of Greece’s foreign and energy policies. That is why I have invited my colleagues Yiannis Maniatis, Panos Skourletis and Giorgos Stathakis to attend the EastMed event (on Thursday), as they also contributed to this project becoming a reality. With seriousness and national unity, we can build a strong Greece.”