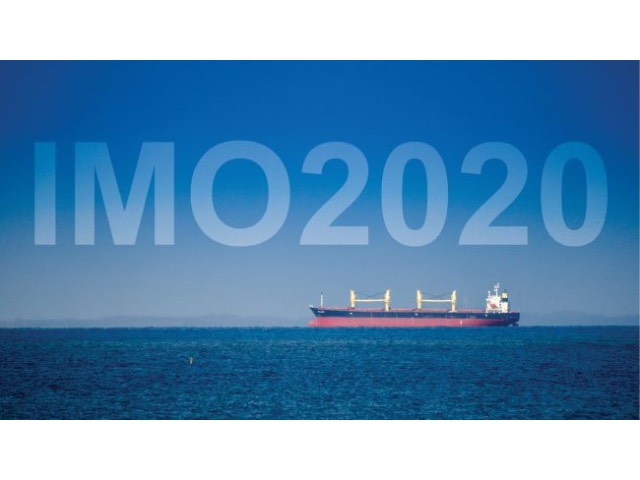 With less than a few days to go before the implementation of global low sulfur regime for bunker fuels, a large number of shipowners in the race to be compliant are offloading the ineligible grades, market participants said.

While most owners are making a transition to low sulfur bunker fuel, this has created a situation where they have to unload, or de-bunker, the grades that are not compliant from January 1 for vessels without scrubbers.

The new global mandate on using marine fuels with 0.5% sulfur will be enforced vis-a-vis the current 3.5% sulfur grade. Since thousands of ongoing voyages will spill over into January, the owners have already started using VLSFO or very low sulfur fuel oil.

However, for the longer voyages of over a month, shipowners have continued to use the high sulfur grades, or HSFO, to optimize costs, sources said. This is because HSFO enjoys a large discount over its low sulfur counterpart.

For longer voyages such as cargoes on VLCCs from the Caribbean to North Asia, on clean tankers from South Korea to US West Coast and dry bulkers like Capesizes from Brazil to China, these loaded in earlyDecember and were moved by burning HSFO.

At the moment, a large scale switch from HSFO to VLSFO is taking place.

This transition is far from smooth as there are ships saddled with HSFO, which they will not be able to burn before the close of the year and cannot use from next Wednesday, a source with one of the owners said.

“It is a case of bad planning,” the source said and pointed out that those in-charge of logistics made calculations on fuel consumption, which have gone awry.

Analysts said this is not surprising because the ships do not always travel at speeds based on which the calculations for bunker consumption are done and furthermore they are at the mercy of both the weather and port logistics.

Longer waiting time to get a berth and load or discharge cargoes means that voyages, which were to be completed well before the end of the month, will now spillover into early January.

De-bunkering is becoming increasingly commonplace not only because HSFO on board both tankers and dry bulkers need to be disposed quickly, but also due to low sulfur grades unable to meet quality standards.

“There have been several cases of VLSFO being off spec because the actual sulfur content is above 0.5%,” a chartering executive with a major clean and dirty tanker owner said. As a result, the ship had to be de-bunkered, the executive said.

Charterers should aim to take ships from owners that have secured bunker contracts and oil majors, the source said. The bunker availability is very tight, because not all volumes, which are actually offered, are eligible for use, he said, adding that the higher bunker prices need to be factored into the freight rates.

However, freight rates do not always move in a direct correlation with the bunker prices.

Owners are again trying to give yet another upward push to freight rates in a bid to cover their fuel expenses. They are also hoping to capitalize on delays in turnaround of ships due to de-bunkering, which in turn can potentially tighten supply on some routes.

Off-spec bunkers are finding their way on board ships even though samples are drawn before loading.

One way an owner can avoid such a situation where off-spec bunkers have to be unloaded, is to order fuel a notch below the upper ceiling of 0.5%, a source with a clean tanker owner said.

“Our tankers haven’t faced this hassle of off-spec LSFO de-bunkering because we now buy fuel with 0.47% sulfur,” the source said.

The problem arises when those in charge of making bunker purchases order fuel exactly with 0.5% sulfur, he said.

Unloading high sulfur fuels from a ship takes a few days and the ship could thus miss its next voyage.

In some cases, owners insist that their fuel pumps should not be used to de-bunker because they are paranoid of contamination, which they fear, can affect the quality of the next load of fuel.

“These are minor issues, but can eventually make a lot of difference,” a maritime consultant, who has handled such cases of de-bunkering, said.

He cited the example of a Capesize bulker carrying Brazilian iron ore to China in August and had loaded bunker fuel, which were found to be off spec, from Singapore. Precious time was lost because the shipowner declined permission for its pumps to be used to de-bunker the off-spec fuel, he said.

Due to this delay, the charterer ended up getting a much lower price for the cargo than would have been the case, had it been delivered by end-August, the source said.

“At the time, a maximum 0.5% sulfur content in fuel was not even a compliance issue,” he added.

Maritime experts pointed out that under the new regime for sulfur content in marine fuels, such instances of de-bunkering are bound to increase. By default, frequency of maritime commercial disputes, arbitration and insurance claims will also rise, they said.