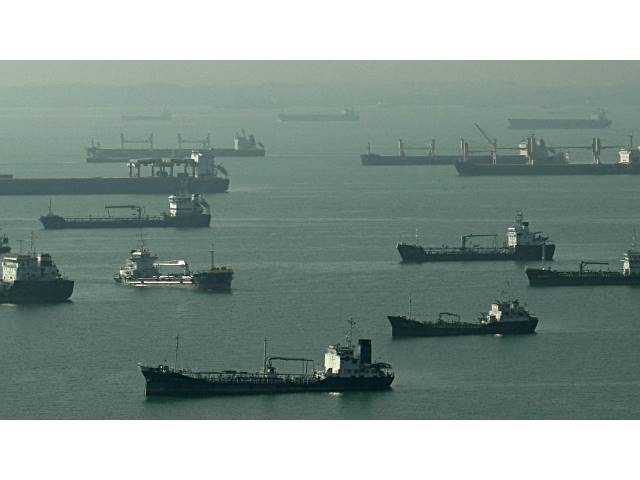 The number of tankers floating around the Singapore Strait have seen a steady decline in recent weeks as low sulfur material gets moved to landed storage to meet rising demand for IMO 2020-compliant marine fuel, market sources said.

Several vessels that had been storing low sulfur fuel for weeks around Singapore have moved out in recent weeks after offloading their cargoes, according to sources and cFlow, S&P Global Platts trade-flow software.

Much of their product has either been moved to landed storage or sold to end-user vessels that have started using low sulfur fuel ahead of the IMO 2020 regulations.

An estimated 5-6 million mt of low sulfur material is currently being stored on floaters around Singapore, down from more than 7 million mt in early November, traders said.

While the move indicates onshore logistics are increasingly getting ready for the fuel switch, the drawdown in inventories — which took several months to build — also highlights the challenges the industry is likely to face in ensuring sufficient supply.

At least 40 tankers are being used as floating storage units in the waters around Singapore and nearby Malaysian ports, mostly for fuel oil storage, according to market sources and Platts cFlow. This compares with 44 tankers at the end of October.

Among them, 37 tankers were heard holding cargoes to meet the LSFO requirements for the impending IMO 2020, and 28 of those vessels are located around Singapore’s port limits, according to market sources and Platts cFlow.

The bulk of FSUs in the region are loaded with LSFO or blending components, in preparation for supplying compliant low sulfur fuel for ships, said market sources.

Vessels carrying crudes may be holding grades which can be directly used as a low sulfur bunker fuel, such as Pyrenees crude from Australia, and several Aframax tankers carrying these low sulfur crude grades into the region were heard to be transferring product onto several FSUs parked around Singapore, sources said.

Even so, with only about 2 million mt/month or so of LSFO heard imported into Singapore for November and December each, a drawdown from the existing stockpiles is imminent going into the first quarter of 2020, said traders.

“We have only just about entered proper transition [to LSFO], so it may take some time before there’s a major significant drawdown,” added a Singapore-based trader.