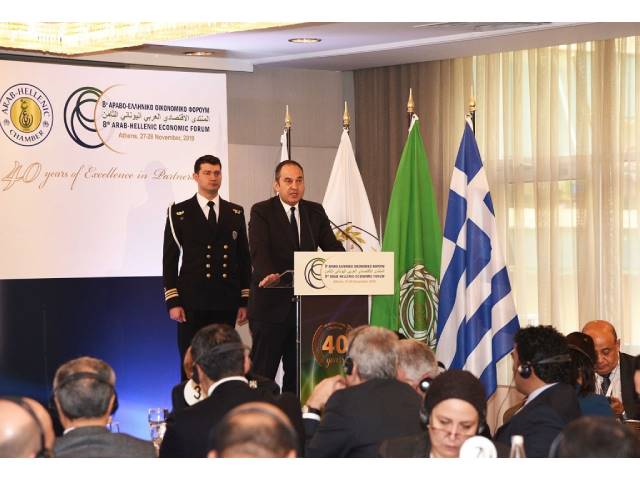 Shipping and Island Policy Minister Giannis Plakiotakis on Wednesday outlined the growth opportunities which have arisen after Cosco’s revised investment plan for the port of Piraeus and the benefits from exploiting Greece’s ten largest ports, while speaking at the two-day 8th Arab-Hellenic Economic Forum, organized by the Arab-Hellenic Chamber of Commerce and Development and held at a central Athens hotel.

“We approved Cosco’s new, revised master plan for the port of Piraeus in just three months,” he said and added that “the presence of Chinese President Xi Jinping at the port of Piraeus a few days ago reflects the significance China attaches to the implementation of its investment.” The logistics and the planning of distribution channels “aim to reduce transportation costs,” he noted.

The minister also said he had requested development proposals from the Hellenic Republic Asset Development Fund concerning the country’s ten biggest ports, which he said he expects to have by the end of November, and underlined that development of the ports will begin in 2020.

“After the first overall study, we will proceed with a technical and economic assessment, then move ahead with an international legal tender,” he stated.

The shipping minister also made a special mention to the cruise industry by revealing the reinstatement of the National Coordination Committee for Cruises and emphasized that Greece has the potential to become the world’s top destination for all things yachting.