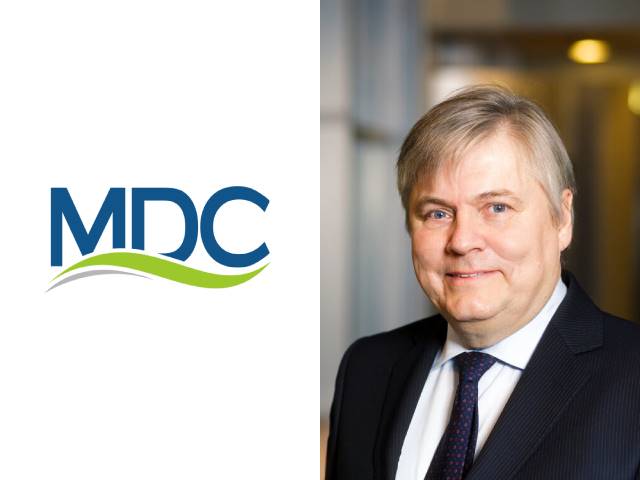 The shipping industry is looking for carbon free solutions to achieve the IMO 2050 target of a 50% CO2 emissions reduction compared to the 2008 level. While better technical and operational solutions must continue to be pursued, they will only bring the industry part of the way. Low or zero carbon fuel solutions must be introduced and scaled by 2050 to reach the target.

Many initiatives and pilot projects with zero carbon or carbon neutral fuels are being launched in these years. They are first introduced for short sea shipping with an ambition that the solutions can later be scaled to deep sea shipping, which accounts for 80% of shipping’s CO2 emissions.

On board carbon capture with subsequent storage at appropriate sites may also be part of an eventual solution. In this context, the use of conventional (fossil) fuels may become carbon free.

A group of world leading shipping companies including NYK, Sovcomflot, Knutsen OAS and Ardmore, ship builders, including DSME and the mining company Vale, have therefore teamed up with Denmark based Maritime Development Center to develop such an on-board carbon capture and storage solution in a project named decarbonICE.

DecarbonICE is based on two new main ideas for the capture and storage part, respectively. The CO2 and other GHG’s in the ship exhaust are captured on board in a cryogenic process and turned into dry ice. Proven offshore technology is then applied during normal ship operations to transport the dry ice into the seafloor sediments. Here the CO2 will be safely and permanently stored as liquid CO2 and CO2 hydrate.

The decarbonICE concept is intended for ship newbuildings, but also for retrofitting on existing ships, thereby providing the opportunity to accelerate the transition towards the IMO target. In combination with future carbon neutral fuels like biofuels and electro fuels, the decarbonICE technology can create carbon negative shipping and thus contribute to atmospheric carbon reduction at a significantly lower cost than shore-based carbon capture.

The project started 1 October 2019 and will run through 2020. The aim is to prepare a feasibility study and to initiate the IMO approval process for the technology.

“While we support a final goal of availability of zero carbon or carbon neutral fuels, we believe that a bridging carbon free solution is needed, which can utilize existing assets in terms of ships, propulsion systems and fuels. The decarbonICE project is intended to offer exactly that, and at a predicted low energy penalty well below 10%,” says the Chairman of the decarbonICE project, former DNVGL President and CEO Henrik O. Madsen.

“As a leading and responsible shipping company, we have been studying many proposals for future propulsion systems and fuels to achieve the IMO 2050 target. We are very excited about the opportunity created through the decarbonICE technology, and we strongly support this as one of the possible ways to achieve the target,” says Mr. Taizo YOSHIDA, Corporate Officer, General Manager of NYK’s Technical Group.

“The maritime industry seems to be overlooking that on-board carbon capture with
subsequent storage at appropriate sites may also qualify as a carbon free solution. At DSME we are following several Korean research groups studying the behavior of CO2 injected into seabed sediments. The success of the decarbonICE project will also depend on how the required power can be minimized for the cryogenic cooling process,” says Mr. Odin KWON, CTO of DSME.

“Vale wants to contribute to reduce emissions of its customers and suppliers, and the shipping industry is included in this strategy. DecarbonICE is one of the technologies that has been studied by Vale in order to achieve this goal,” says Vagner Loyola, Ferrous Value Chain Director.