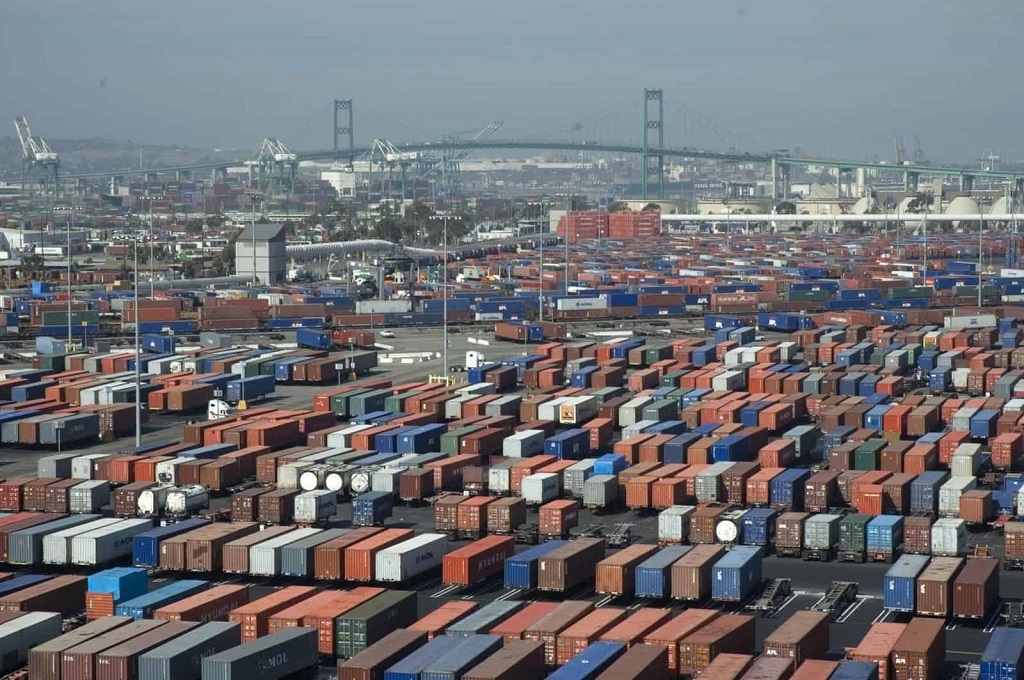 The two largest ports on the USWC have experienced a 3.7% drop in laden imports over the first ten months of the year, as the effects of the trade war set in. Exports have fallen even more and are down by 6.4%. Laden container imports by the two ports now total 7.1 million TEU, down by 272,961 TEU from last year. 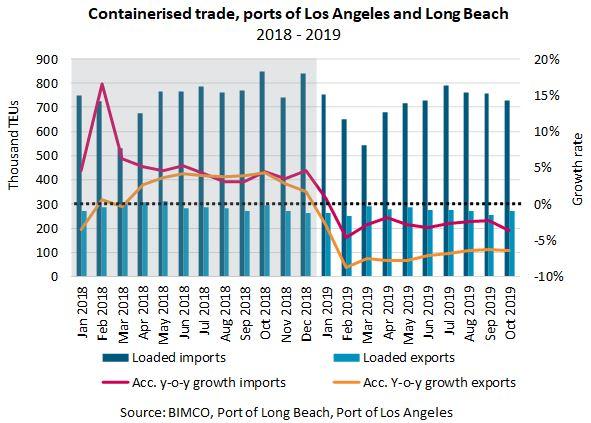 Imports in October were particularly bad for the Port of Los Angeles, where imports were down 19.2% compared to October 2018. As the two ports are closely connected, both of them located in the San Pedro Bay, a fall in one is often offset in a rise in the other, but this was not the case in October, where imports to Long Beach were down 7.4% from October 2018.

Both imported and exported volumes have been lower throughout the year, with volumes on the broader US West Coast (including LA and Long Beach as well as three other ports) set to fall year-on-year for the first time since 2011 (down 1.5% in the first nine months of 2019). Exports have fallen more sharply when considering the whole USWC, down 4.2% in the first nine months of the year, a loss of 173,360 TEU, bringing total laden exports to 3.9 million TEU.

Before the trade war, BIMCO warned about the harm it could cause to eastbound transpacific volumes, and freight rates, with the effects, now clearly visible.