Cyprus Shipping News
Home Greece The contribution of salvage companies to the marine environment and the shipping... 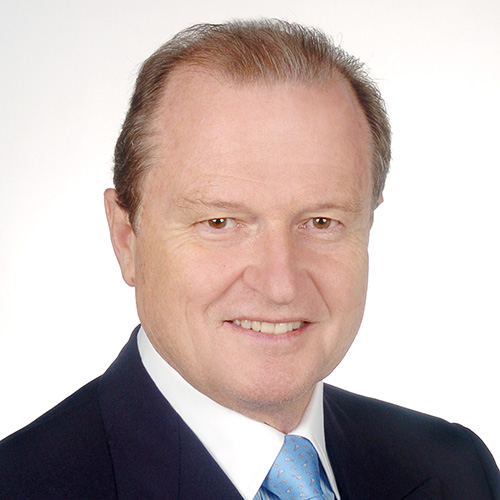 The salvage industry faces numerous challenges nowadays. Salvage cases tend to be more complicated technically and expensive. This is, in large measure, due to the increased size of vessels, increased values of their cargo and external influences such as demanding requirements from governmental organisations and the shore-based authorities. There are fewer cases for salvors and yet society’s expectations about protection of the environment have increased.

It is clear that the salvage industry has much to contemplate. However, salvors are problem solvers, they will continue to stand ready to assist casualties all around the world. Salvors will always respond to a casualty no matter the circumstances or the challenges that they face.The contribution of salvage companies to the marine environment and the shipping industry is of pivotal importance. It is clear that a strong marine salvage industry is very important to both the shipping industry and the environment especially in a period with growing concern over the impact of global shipping activities on the environment. Major spills are now a relatively rare occurrence but they still occur. One of the salvors’ main roles is to prevent this happening; safely removing or containing pollutants to prevent an emergency turning into an environmental disaster.

Apart from their environmental contribution, International Salvage Union (ISU) members are also well tested project managers who deliver safe solutions to clients’ predicaments (often of massive scale) and who facilitate trade and economic growth by keeping cargoes moving and ports open. Salvage companies provide essential services to the world’s maritime and insurance communities, and littoral states. They are engaged in marine casualty response, pollution defense, wreck removal, cargo recovery, towage and related activities.The latest official statistics of the ISU, indicate that its members provided 224 services to vessels carrying 3,213,228 tonnes of potentially polluting cargo and fuel during operations in 2018 demonstrating the importance of ISU members’ role in protecting the marine environment. Of the 224 services provided by ISU members in 2018, variants of wreck removal contracts were used in 26 services; Lloyd’s Open Form – 33 services (in total, Lloyd’s recorded 53 LOFs (pure or hybrid) in 2018. That number includes LOFs performed by non-ISU members and there may be some under reporting in the ISU survey). Towage contracts accounted for 61 services; Japanese Form – 38 services; Fixed Price – 4 services; Day Rate – 33 services and other contracts were used in 29 services. In the period 1994 to end-2018, ISU members have provided services to casualty vessels carrying 31,419,604 tonnes of potential pollutants, an average of more than one million tonnes per year. Not all of these potential pollutants were at risk of going into the sea. Some cases will have been simple with limited peril but many others will have carried a real danger of substantial environmental damage. However, just one major incident can cause an environmental catastrophe with huge financial and reputational consequences.

Casualties and types of services

Salvors provide a unique range of emergency services for shipowners and insurers. Casualty response, the industry’s “dry salvage” activity, is founded on rapid intervention by highly skilled salvage teams. Salvage Masters, salvage engineers, salvage crews, divers and technical specialists are ready to mobilise around-the-clock, every day of the year.
Whatever the challenge, Tsavliris’ approach combines a traditional entrepreneurial salvor’s gallantry and practical ingenuity with contemporary engineering and project planning skills. Founded on safe procedures, scrupulous attention to detail and efficiency together with flexible and cost-effective solutions, we at Tsavliris are able to provide an extensive scope of services including:

Salvage is a highly capital intensive business. It cannot be undertaken without large, powerful tugs, an array of expensive equipment and well trained personnel. Adequate reward is essential for continued investment in this costly and complex business. The arrival of mega-sized ships means that salvors have to invest in bigger, modern and more powerful tugs. The Lloyd’s Open Form (LOF) is the most widely used “no cure-no pay” salvage contract. In return for salvage services, the salvor receives an encouraging reward which translates into a proportion of the “salved values” (value of ship, its bunkers, cargo and freight at risk). Traditionally, the reward depends upon success and the recovery of property. In the past, if there was no recovery, there was no payment, whatever the expense of the operation. This has changed in recent years, to reflect the public interest in prevention of damage to the environment. The salvor can now contract in such a way that he is shielded from loss when responding to high risk or low value casualties.

Encouraging the use of the Lloyd’s Open Form (LOF) contract, which is seeing a disappointing decline in use, is very important to promote investment in salvage equipment, tugs, salvage training and expertise, and to finance “idle time”. Tsavliris is one of the most active emergency response contractors for maritime casualties worldwide and the most frequent user of the LOF contract, having handled over 3,000 casualties. With tugs on permanent stations at strategic locations worldwide, the Group’s international activities embrace every service relating to marine salvage & towage, extending to complex wreck removals and partnering today’s shipowners in fulfilling their obligation to protect the marine environment from pollution. Tsavliris is committed to maintaining a modern global network for providing rapid assistance to shipping. This is achieved through the deployment of its own salvage assets as well as co-operation with regional and international salvage firms.Tsavliris Salvage Group celebrates 105 years from the birth of the founding father, Alexander G. Tsavliris; 80 years from the commencement of the first Tsavliris shipping company and 55 years from the foundation of Tsavliris Salvage in 1964.