Traveling in the days of steamships was not for the fainthearted. This can be seen in the excerpts from the fascinating diary of a traveler to South America on the Hamburg Süd steamer “Rio” in the late 19th century. 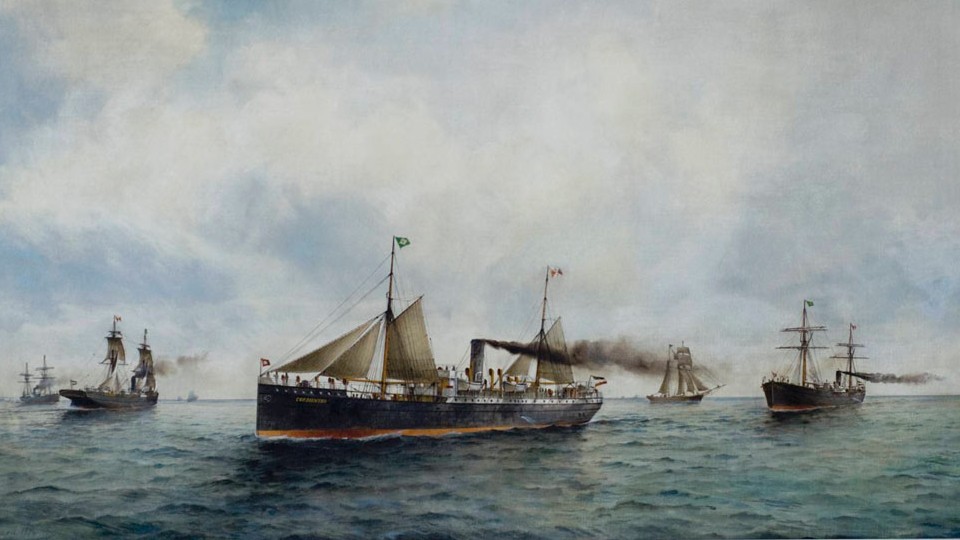 The “rio” (right) was one of Hamburg Süd’s first three ships that was bought in the foundation year 1871.

The year is 1881. The ship is the only means of transport between the continents. All overseas trade and passenger transport as well as much of the world’s communication takes place by sea. At this time, Hamburg Süd is transporting goods, mail and passengers between Europe and South America on three modern steamships. One of them is the “Rio,” a steamship with a 40-man crew. In his diary, a young traveler describes just how adventurous the passage from Hamburg to Buenos Aires was at that time.

Like on many ship voyages in those days, the roughly four-week crossing of the “Rio” begins for the cabin passengers with a wine-filled evening in the officer’s recreation room. But the conviviality and comfort on board would soon be over. Most passengers are already afflicted with seasickness on the very first day at sea. A lavish lunch with beefsteak, eggs, anchovies and cheese is out of the question. And things would get even worse in heavy seas …

A “rocking box” in heavy seas

On the sixth day of the voyage, the steamship encounters heavy seas. The anxious diarist notes: “The ‘Rio’ is behaving like a wild horse. Soon the keel was almost in the water, so that the sea entered in through the hatches… When the ship heeled violently, the whole mass of water resembled an enormous mountain ridge, and our vessel seemed to slide down this precipitous, endless slope into boiling depths.” On the storm night of 8 December, the 450- horsepower “Rio” – which was Hamburg Süd’s smallest ship – fully lives up to its reputation as a “proper rocking box”.

It’s a good thing that the travelers have things to hold on to in their cabins. “The bunks are like coffins, so narrow are the boxes,” the diarist had complained shortly before the storm. But when the sea was surging, he was glad that the sleeping places were so practical.

Despite weather-related delays, beginning in 1850, steamships made it possible for the first time in the history of seafaring to provide reliable scheduled liner services between continents – and passenger voyages on a larger scale. The main job of steamships was to transport cargo. And that applied to the “Rio”, as well: “In terms of live animals, we had pigs, chickens, geese and an ox,” the diarist noted while describing the cargo. “And a few dozen rams.”

“The chief engineer said that, on several occasions, the spray of the crashing waves had almost come down the funnel with such force that the firemen believed it would put out the fire,” the diarist continued. If that happened, it would have unforeseeable consequences for the “Rio”. It was thanks to Captain Brandt’s experience – and a bit of luck – that neither humans nor animal cargo were injured in the storm. 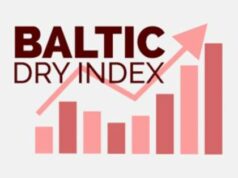