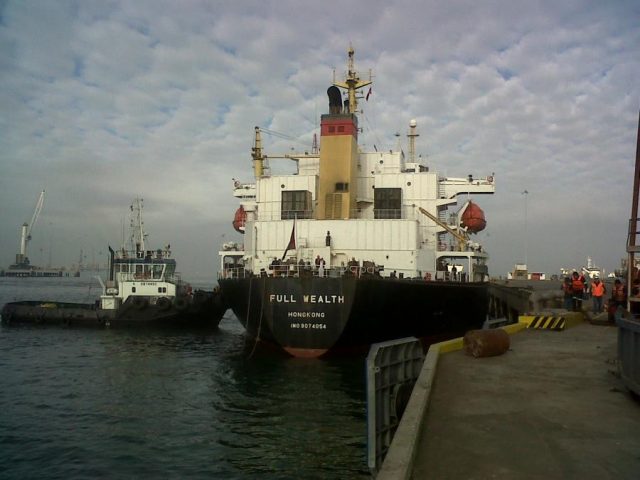 Hudson Shipping Lines has announced that it is withdrawing from the Trident Alliance and is supporting the anonymous environmental organisation, Environmental Protection Alliance (EPA).

In a statement released by the shipping company, it says that it will be withdrawing its membership from the Trident Alliance due to the organisation’s incompatible views with Hudson on the enforcement of the IMO rules.

According to the shipping company, the EPA’s stance against scrubbers align with Hudson’s. Hudson has agreed to provide support to the EPA and its campaign to ban the use of scrubber systems in the shipping industry.

Hudson has previously announced its intentions to not utilise vessels with open or closed loop exhaust scrubbers installed following the implementation of the IMO 2020 sulphur cap on January 1, 2020. In a statement released by the shipping company, it says that is is disappointed in its peers who have chosen to use the scrubber loophole and will continue burning high sulphur fuel oil (HSFO). Hudson notes that estimates indicate that about 15 per cent of the world’s shipping fleet will be equipped with scrubbers.

As part of its efforts to convince countries, customers, producers and ports to ban exhaust gas scrubber systems, and encourage shipowners and the banks and financiers who finance their operation to cease their use and installation, Hudson will be providing support for the emerging and visionary EPA (environmentalprotectionalliance.org) in its current fight against scrubber systems.

Hudson believes that there is mounting evidence to suggest scrubbers are causing harm to the marine environment and to human health as a result of the toxic waste they produce. It is in full support of the EPA’s efforts to fight the use of scrubbers.

As noted by Hudson’s president Avi Eilon, “The spirit of the IMO’s sulphur rules are clear, HSFO has a profoundly negative affect on our environment and should no longer be used by the shipping industry. The current regulations allow vessels with scrubber systems to dump heavy metals and other chemicals into our oceans. This is simply transferring the pollution that was emitted by funnels to toxic wastewater being discharged into the ocean.”

“Hudson was disappointed to find that within days of Hudson’s membership into the alliance the Trident Alliance sought to immediately stifle Hudson’s stance against scrubber systems,” said company representative Benjamin Malkin. “We had hoped to join an organisation with a true commitment to taking action on environmental issues. Hudson takes its environmental responsibilities seriously and is eager to pursue substantive action surrounding enforcement of IMO 2020 sulphur regulations and other environmental issues as part of Hudson’s ongoing Green Initiative.”