A global network of maritime technology cooperation centres has completed an array of pilot projects over the past three years, helping to drive forward the changes which are required to reduce greenhouse gas (GHG) emissions from shipping.

Between them, the MTCCs count 97 participating countries and have been working with 1,179 participating vessels to deliver sets of data that can help inform and support energy efficiency improvement.

More than 160 people from 64 countries recently met for the third annual GMN conference, held together with World Maritime University (WMU) at the University’s premises in Malmö, Sweden (8-10 October).

During the conference, representatives from the five MTCCs reported on their pilot projects which assess a range of measures to help cut emissions in the maritime sector. These range from data collection in accordance with IMO MARPOL requirements, to assessing the impact of local improvements in ports, to reducing emissions in port areas.

“There is no silver bullet to decarbonise shipping – a basket of measures is needed ranging from framework conditions, standards and innovation to funding and economic incentives,” said Ms. Petra Doubkova, policy officer of DG MOVE, European Commission.

As well as pilot projects, each MTCC is involved in hosting and arranging regional and national workshops and seminars, to raise awareness of IMO’s energy efficiency measures for ships and to deliver capacity building through training.

“The MTCC Network is a project that unites maritime experts from all over the world in five MTCCs, to provide capacity building for climate mitigation in the maritime shipping industry. Its work plays an invaluable part in promoting global awareness and in developing global solutions to mitigate GHG emissions from shipping through efficient and sustainable energy use,” said Dr. Cleopatra Doumbia-Henry, WMU president.

MTCC-Caribbean has been coordinating regional efforts in two pilot projects: one to establish a maritime energy efficiency baseline and cost/benefit analysis for different energy efficiency technologies and the other a system for collecting fuel consumption data throughout the Caribbean. “The pilot projects have definitely raised awareness in the Caribbean; evidenced, for example, by the fact that now local stakeholders are looking into developing local solutions, such as alternative fuels,” said Captain Sukhjit Singh, deputy director and technical head of MTCC-Caribbean.

MTCC Asia has been developing a software tool to help ships’ crews record fuel consumption and is working on ways of optimising a ship’s trim, to improve their performance; and has also been conducting ship fuel oil consumption data collecting and reporting. Fifteen demonstration ships have, to date, provided 68,517 sets of data relating to ship fuel consumption and ship optimum trim. Prof. Wei Ruan, Head of MTCC-Asia, told the conference that the guidelines on ship trim optimization will be circulated to more than 1000 ocean-going vessels, highlighting the positive local and regional impact of the pilot project.

MTCC Latin America’s pilot projects have focused on examining the barriers and constraints faced by regional shipowners and operators when implementing the IMO regulations and on collection of fuel consumption data.

MTCC Africa has been collecting fuel consumption data and has developed standardised e-forms for data collection equipment (tablets), enabling ships’ crews to input key parameters, such as fuel type, fuel consumed, engine rating and so on, and then upload this via satellite to a web-based platform – where it can be processed and analysed. By the end of 2018, more than 1000 data sets had been collected. A demonstration pilot project on port energy audits is also being implemented.

MTCC Pacific has been focusing on uptake of ship energy efficient technologies and operations (including for domestic shipping and on the port side) and on fuel oil consumption data collection and reporting. Full energy efficiency and emissions audit in the port of Honiara, Solomon Islands has helped authorities cut emissions considerably.

The GMN project is continuing, through the MTCCs, to work with local stakeholders and push forward with raising awareness of energy efficiency in the maritime sector.

“If international shipping is to achieve at least 50 per cent reduction by 2050, what this really means is an average 85 per cent emissions reduction per ship,” said Edmund Hughes, head, air pollution and energy efficiency, IMO. “The MTCCs are looking into technical and operational measures for energy efficiency – and this is why the MTCCs are so important; and we commend them.”

MABUX: No firm price trend on Bunker market on Oct 20

Baltic Dry Index as of October 19 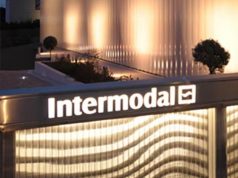