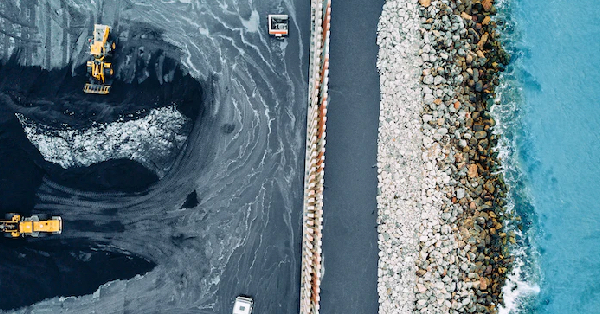 As 2022 drew to a close, global coal demand looked set to end the year just 1.2% up on the previous year. But that small increase was enough to push global coal demand to an all-time high, according to the International Energy Administration (IEA).

Lower demand growth on the back of the weaker global economy still managed to push growth to a new record of 8.025 billion tonnes, slightly above the 2013 level of 7.997 billion tonnes.

But fast forward another 12 months and the IEA’s Coal 2022 report predicts that coal demand growth will remain flat through to 2025 “as declines in mature markets are offset by continued robust demand in emerging Asian economies”.

“The world is close to a peak in fossil fuel use, with coal set to be the first to decline, but we are not there yet,” said Keisuke Sadamori, the IEA’s director of energy markets and security.

At the same time, there are many signs that today’s crisis is accelerating the deployment of renewables, energy efficiency and heat pumps – and this will moderate coal demand in the coming years. Government policies will be key to ensuring a secure and sustainable path forward.”

The report noted that the world’s three largest coal producers – China, India and Indonesia – were all expected to hit production records in 2022, but that has not led to a surge in investment in export-driven coal projects. “This reflects caution among investors and mining companies about the medium- and longer-term prospects for coal,” the report said.

The IEA added that China’s coal production is expected to grow more slowly and peak next year before starting to decline slightly from 2024.

Geopolitics played with the coal trade in 2022, with rising European coal import demand leading trade to return to its traditional concentration in the Pacific and Atlantic Basins, with South Africa and Russia linking the two. Imports by Germany of 38 million tonnes saw it surpass Turkey at 36 million tonnes to make it the largest importer outside of Asia Pacific, which accounted for 79% of global coal imports.

The IEA expects coal trade in 2022 to reach 1.351 billion tonnes. Of that, imports of thermal coal are expected to drop slightly to 1.035 billion tonnes. The “stagnation” is blamed on lower imports by China, which were offset by strong increases in thermal coal imports from India and Europe.

However, it is a different picture for the rest of Asia. Excluding China, India, Japan and Korea, Asia’s thermal coal imports are forecast to grow by 29 million tonnes to 231 million tonnes by 2025. The increase is mainly led by Southeast Asian countries such as Vietnam, the Philippines, and Malaysia.

“Through 2025, two fundamental developments will shape global trade. First, countries, particularly in Europe, will adapt to and overcome the current energy crisis and return to their coal phaseout paths. Second, continued efforts to secure energy supplies by China and India lead to higher domestic output and lower imports.”

However, the IEA caveats its forecast noting “considerable uncertainties in view of the ongoing energy crisis, the involved price development and the unclear prospects of the ramp-up of India’s domestic supply”.