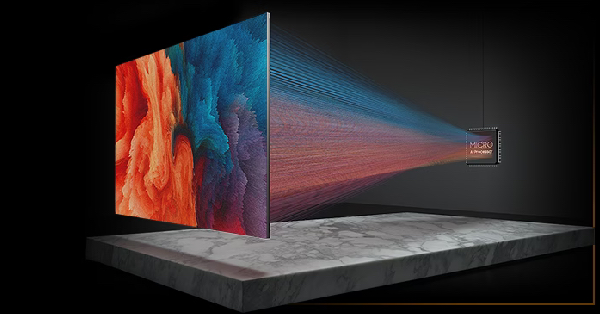 With a recent article saying that Apple’s self-developed µLED technology will be applied to the iPhone (starting with the Apple Watch), concerns are growing toward the OLED value chain. But, given mass production difficulties, we do not expect widespread adoption anytime soon, judging the recent worries to be overblown.

A recent Bloomberg article says that Apple plans to apply its own micro-LED (µLED) display to the Apple Watch as early end-2024, and that the IT giant is aiming to mount µLED on its main devices (including the iPhone) in the future.

Considering Apple’s outsourcing production method, it is expected that µLED displays will also be mass-produced through partners, including domestic companies. However, we believe it will take considerable time to expand the µLED market, noting that it remains difficult to secure mass production in a short period of time due to difficulties in the transfer process. Given such, it is unlikely that Samsung Display’s and LG Display’s market share within Apple will decrease sharply in the foreseeable future.

For reference, Bloomberg said back in Mar 2018 that Apple was developing its own µLED and that application of the technology to the Apple Watch or iPhone was to be soon upcoming. However, the product still has yet to be released, likely due to mass production difficulties and a lofty price tag.

Advantages of µLED are clear, but mass production still long way off µLED offers: 1) the advantages of both self-luminosity and LED technology, so it is useful for realising bright and clear displays; 2) relatively-low power consumption; 3) freedom from problems such as burn-in.

However, as noted above, a major disadvantage is an overly long transfer process, as the very small (2~10µm) µLED must be transferred to the panel one by one. Moreover, the accuracy of the transfer process is still low, rendering mass productivity difficult.

The display should be optimal for AR glasses, where brightness, high definition, and low power consumption are key factors. But, believing that the application of the technology to existing IT devices (such as the iPhone) remains a long way off, we generally view the recent fears over the domestic OLED chain as being excessive.