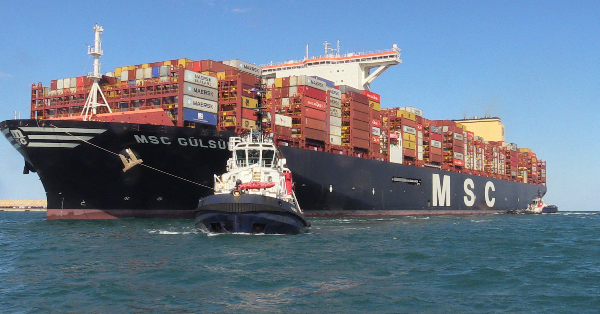 This is the fourth consecutive month of decline in the Index, in a year of ups and downs marked by uncertainty and the ups and downs of the markets

The Valencia Containerised Freight Index (VCFI) in December stood at 3,603.07 points, representing a growth of 260.31% since the beginning of the series in 2018

Congestion levels continue the downward trend of recent months, although pre-pandemic levels have not yet been reached

The Valencia Containerised Freight Index (VCFI) closes the year 2022 with a fall of -13.10% in December compared to November. This is the fourth consecutive month of decline in the Index, in a year marked by ups and downs that reflects the uncertainty of economic and commercial activity in all markets. The VCFI stands at the close of this financial year at 3,603.07 points (it had not been below 4,000 points since November 2021), which represents a growth of 260.31% since the start of the series in 2018. In this last month of the year, the decrease in freight rates from Central America and the Caribbean (-22.61%), Latin America Pacific (-17.37%), USA and Canada (-13.09%), Western Mediterranean (-11.43%) and Far East (-7.51%) should be highlighted.

From the point of view of international trade demand, the scenario remains uncertain and complicated, due to the sustained fall in consumption in an environment of high inflation. Proof of this is the recent reading of the Goods Trade Barometer, produced by the World Trade Organization (WTO), which shows a drop in the indicator to 98.3 points, slightly below its reference value of 100 and seven points below the previous reading, which took place in June and stood at 105.5 points. Along the same lines, according to the Sea Intelligence consultancy, concerning the evolution of demand in the main ports, the latest data show a notably slower market, with a decrease in the volume of TEUs handled.

Regarding the determinants of maritime transport supply and, specifically, the capacity on offer, data from the consultancy firm Alphaliner show that the idle fleet has increased with respect to the previous month. In mid-December, 93 vessels were idle, totalling 581,677 TEU (15,934 TEU more than in November), representing 2.2% of the total active fleet.

Congestion levels continue the downward trend of recent months, although pre-pandemic levels have not yet been reached. According to Linerlytica data, the North Asia region accounts for 37% of all congestion worldwide, North America for 16% and Northern Europe for 10%. It is worth noting that congestion in Chinese ports has increased following the outbreaks of COVID-19, which has had a particular impact on the ports of Shanghai, Ningbo and Qingdao, reaching 850,000 TEU of ships at anchor at the end of December.

As far as the energy and commodities market is concerned, there has been a decrease in the average price of Brent crude oil. During the month of December, the average price was $80.92 compared to $91.42 in November, a decrease of 11.4% and lower than the average of $86.51 in January 2022. Similarly, marine fuels have generally fluctuated downwards since June, according to data provided by Ship&Bunker, taking into account the price of bunkering (refuelling of ships at sea) of the 20 main ports in the world. Thus, the price of VLSFO (Very Low Sulphur Fuel Oil) has gone from 712.8$ in November to 646.9$ in December, representing a drop of 9.2%.

As for the Western Mediterranean sub-index, a drop of -11.43% is observed with respect to the previous month, standing at 1,897.94 points, and accumulating a growth of 89.79% since the beginning of the series in 2018. In this area, it is worth highlighting the decrease in the volume of exports from Valenciaport to Morocco, Tunisia and Algeria, the main reference countries in the area. Although the decline responds to the current economic situation, it is also influenced by the blockage of Spain’s foreign trade operations with Algeria due to the cancellation of the good neighbourhood treaty by the Algerian government.

About the Far East area, December saw a fall of -7.51%, with the VCFI standing at 2,372.04 points, which represents an accumulated increase of 137.20% since the start of the series in January 2018. In this last month of the year there has been a retraction in export levels, compared to the rise in November. A situation caused by the collapse in demand due to the resurgence of COVID-19, which has led to high levels of congestion, as mentioned above.