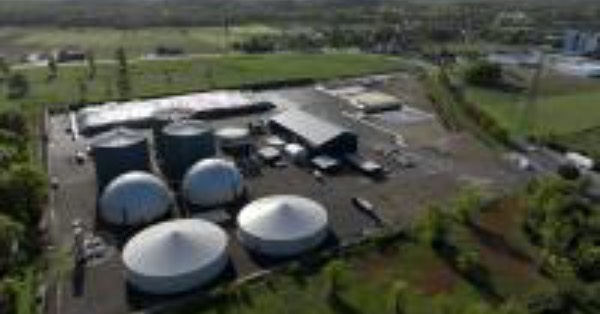 TotalEnergies has launched its eighteenth biogas production unit1 in France, which will be the largest in the country with a maximum capacity of 160 gigawatt hours.

Named BioBéarn and located in Mourenx in the south-west of France, this new unit, fed with organic waste, has begun feeding its first cubic meters of biomethane – a renewable, decarbonized and locally produced gas – into the natural gas transmission network operated by Téréga. It will produce 69 GWh in 2023 and then ramp up progressively to keep pace with the rapidly growing demand for biogas.

The project, which illustrates TotalEnergies’ commitment to promoting the circular economy, will convert 220,000 metric tons of organic waste into 200,000 metric tons per year of digestate, a natural fertilizer, and 160 GWh of biomethane, equivalent to the average annual consumption of 32,000 people. BioBéarn will enable the Lacq basin, a historical gas area, to pursue a local and sustainable growth, this new unit allowing to avoid the emission of 32 000 tons of CO2 per year.

The development of BioBéarn began in 2016 and involved all local stakeholders, including over 200 from farming and the food industry, the local community and elected officials, allowing the project to adapt to the needs and potential of the territory.

“TotalEnergies is proud to commission France’s largest biogas unit and would like to thank all project stakeholders for their support. This new plant is part of TotalEnergies’ commitment to promote biogas, a clean gas that strengthens the country’s energy sovereignty and the development of the circular economy. This project allows TotalEnergies to increase its production capacity to 700 GWh in biogas and is a new step in the objective to reach 20 TWh by 2030,” declared Olivier Guerrini, Vice President, Biogas Business Unit, TotalEnergies.