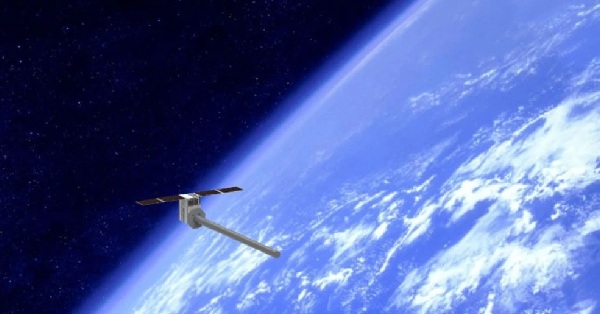 It wasn’t so long ago that satellite internet was thought of as a niche service — typically used by those in rural and remote areas with limited connectivity options. Today, it’s a hot topic — not only for current and prospective users, but for those intrigued by what the technology can do to address truly global connectivity.

More than a third of the world’s population — nearly 3 billion people — have never been online. Because satellite internet can reach almost anywhere, it is perfectly designed to deliver broadband speeds to many areas throughout the U.S. and worldwide, even in unserved and underserved regions. Plus, Viasat has been hard at work on a revolutionary new type of satellite constellation designed to make broadband services available globally over the next few years.

And while satellite internet has been helping fill connectivity gaps for decades, changes in technology and the ability to build satellites with far greater capacity make it a great choice for consumers throughout the U.S., not just in rural and remote locations where cable and fiber can’t or won’t go.

Here’s a look at what satellite internet is, where it’s going, and how it has the capability to connect the unconnected around the globe.

What is satellite internet?

Satellite internet is internet access delivered through a wireless connection created by signals transmitted between a satellite and an antenna (or dish) on a home or business. Unlike land-based internet services such as fiber, cable, or DSL, it doesn’t rely on wires to transmit data. It’s also different from wireless networks like LTE or 5G, which depend on nearby towers for connectivity. Notably, satellite internet can also be used at a temporary location like a construction site or emergency shelter, or on moving objects like aircraft, ships, trains, and more.

What are the benefits of satellite internet?

For one, its vast coverage. Satellite internet can be used just about anywhere, providing a high-quality connection to more places than nearly any other type of service. That includes off-the-grid locations with no other options, and rural and remote sites that otherwise would have limited options or poor connectivity. Of course, for applications such as aircraft or ships, it’s just about the only way to gain a connection.

For many people and businesses, satellite internet can enable them to work and shop from home, stay in touch with loved ones, and take advantage of smart home technology, an internet phone (VoIP), and everything in between.

Since satellite internet networks primarily rely on a connection from space, it makes it highly resilient and less likely to be damaged in extreme weather or other emergencies.

Today’s satellite internet is also much faster than previous generations,[RJ1] with available download speeds on the Viasat network up to 150 Mbps in some places. And as we add newer, more advanced satellites with global coverage, the service is expected to only get better and faster — as well as available in many more places.

How does satellite compare to other internet service providers?

Satellite broadband is a reliable internet option that goes beyond places served by terrestrial options, offering service even where fiber and cable can’t or won’t go. In areas where DSL exists, homes and businesses can be far from the DSL hub, making the service slow or not available at all. In North America, Viasat has coverage over all 50 states, as well as Mexico, Central America, the Caribbean, and even air and maritime routes all the way to Europe.

If you’re suffering from slow or spotty internet service, do your homework and weigh the pros and cons of your options to see if satellite internet would be a good fit for you.

How does satellite internet work?

With satellite internet, radio waves connect to satellites orbiting the Earth. When you hit “send” or open a webpage from a computer or cellphone, that data goes through a modem attached to an antenna, which is then relayed to the satellite. The signal containing the data goes back down to a facility connected to the internet via fiber. Then, the signal transmits the data back to the satellite, then to a satellite dish on a home or business, and subsequently to the device.

How is satellite internet installed?

For a Viasat system, a professional installer will come to your home and attach a small dish to your home or business — typically on the roof or side of the building. This is connected via a cable through a small hole drilled in the wall to a device inside that creates a Wi-Fi network just like any other internet service provider. It can also be connected to stationary devices via Ethernet. An installation typically takes less than three hours.

Who is satellite internet for?

Satellite internet is an option for anyone looking for fast, reliable internet, including those who live and run businesses in unserved and underserved communities where cable and fiber can’t or won’t go. Internet service providers who provide internet via cables or fiber often can’t justify the cost to build the infrastructure needed to serve sparsely populated areas. But satellite requires minimal equipment, typically just a modem, antenna dish, and some cable. After that, all you need is a clear view of the sky.

Satellite internet’s durability makes it ideal for construction sites, emergency shelters, and communications at natural disaster sites and for other temporary uses, often in tough-to-reach areas. Plus, it’s a good backup solution for businesses that use cable/fiber as their primary service.

Can I stream video on satellite internet?

Absolutely. In fact, because we know streaming is a high-demand service, Viasat’s plans are designed with streaming in mind.

Can you get Wi-Fi with satellite internet?

Yes. Setting up a home Wi-Fi network with satellite internet is essentially the same as with any other internet service. Most Viasat residential subscribers get our Viasat Wi-Fi Gateway included with their installation. It combines a modem and wireless router that powers a home Wi-Fi network.[RJ2]

You can play many video games with satellite internet. Mobile games like Candy Crush Soda Sagagenerally work best, as do single-player and certain multiplayer games that don’t rely on split-second reactions.

Is satellite internet a good solution for businesses?

Viasat’s satellite internet can be a good option as a primary service, and it’s also a strong solution as a back-up, redundancy connection for businesses. When a primary ground-based connection suffers an outage for whatever reason, a satellite backup on standby can kick in to help keep their doors open.

The ViaSat-3 constellation is expected to deliver even faster speeds, boosting internet services and video streaming for homes, small and medium businesses, airlines, shipping, energy facilities and many more enterprise operations in North and South America, Europe, and the Middle East, Africa, and the Asia Pacific region.

And even as Viasat readies the launch of the ViaSat-3 constellation, it’s already hard at work on the next generation of broadband satellites, with the aim of continually expanding and improving the service for people around the world.

Keep an eye on this fast-moving technology as it continues to improve service offerings across the globe and making the case to be a top choice in home and business internet.