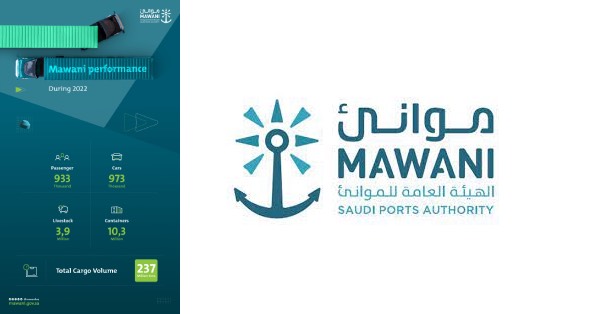 The Kingdom’s maritime trade hubs have seen a yearly increase of 13% in cargo throughput during the year 2022, handling an estimated 237 million tons compared to 210 million tons in the preceding year.

The year-end statistics for 2022 highlight a 3.2% surge in container volumes at 10.3 million TEUs in contrast to 10.04 million TEUs a year earlier. A further look at the sub-categories reveal a 5% boom in imported and exported boxes to 4.8 million TEUs from 4.6 million TEUs in the previous period. Similarly, transshipments inched up by 2% to hit 5.5 million tons in comparison to 2021’s tally of 5.4 million TEUs.