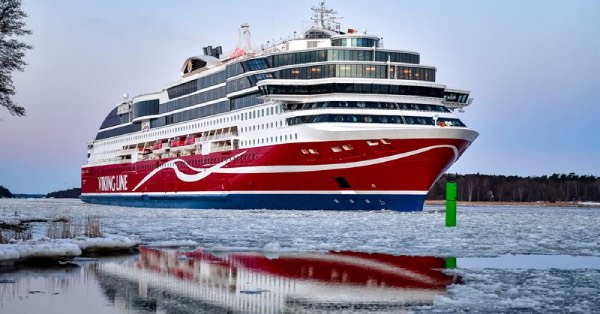 Year 2022, like the previous year, continued to be exceptional for the whole world, as well as for Viking Line. Due to the pandemic, the operating environment was initially very unfavorable, with corresponding economic consequences. From the end of February, the Russian war of aggression in Ukraine contributed to sky-high fuel prices and market uncertainty. At the same time, there was a renewed demand to travel, especially locally. In October, Amorella was sold and in December an agreement was reached to sell Rosella. In March, the new climate-smart vessel, Viking Glory, began its traffic. The ship has been very popular and will reach the 1 million passenger milestone after less than a year in traffic. In total, nearly 5 million passengers traveled on Viking Line’s vessels in 2022, an increase of 114 percent from the previous year.

Traffic on the different routes

– We are ending an exceptionally eventful year. A decision was taken to flag Viking XPRS under the Finnish flag, Amorella was sold in October, in December an agreement was reached to sell Rosella, and the new Viking Glory began her traffic in March. We are pleased with Viking Glory’s successful traffic start. She has made her mark on shipping both internationally and within our own traffic area in the Baltic Sea. The vessel has been popular in the market and has also performed well and significantly contributed to the company’s results. Her 1 millionth passenger will be achieved in January 2023. The new business year 2023 will be both challenging and engaging. We are closely following the development of business cycles and adapting to meet the challenges – especially regarding the new environmental standards we face. At the same time, we look optimistically towards the future, says Jan Hanses, CEO of Viking Line.