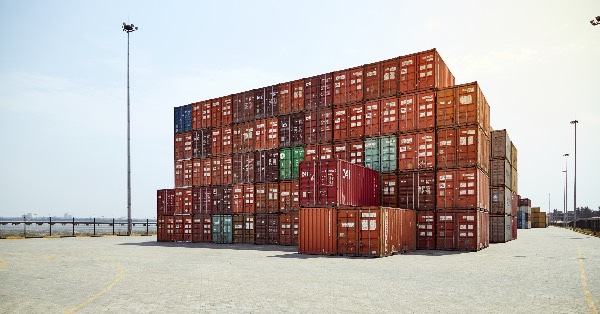 We gave carriers too much credit by thinking they would proactively manage capacity. A deep-seated instinct to preserve volumes has kicked in, leaving carriers without control of the market, says Drewry in its latest Container Forecaster report.Up until a few months ago, Drewry was fairly confident that lines would take the necessary steps to reduce capacity before the market got completely out of hand. We were wrong (although we always said carrier behaviour was a major risk to our forecasts).

In the latest Container Forecaster, Drewry reviews the outlook for the market with a fresh perspective on carrier tendencies and what it means for various stakeholders.

Over the course of this extraordinary phase in container shipping’s history we convinced ourselves – after much dialogue with various stakeholders – that a structural change had occurred in the industry, that consolidation and more efficient carrier alliances would help change old habits. That was wrong too.

Belatedly, it is now clear to us that carriers have lost control of the container market, have failed to pro-actively manage capacity, and will act on capacity only when they are forced to do so by heavy losses.

When the market first started showing signs of weakness earlier this year, the deep-seated instinct to preserve volumes and price lower to secure short-term bookings, rather than control capacity, kicked in. In hindsight, that was the moment when carriers needed to take action, but failure to act then means they are now powerless and completely exposed to external market forces.

That is not to say that carriers have done nothing, but despite all of the various service suspensions and raft of blank sailings, nothing has worked. Spot rates have continued to fall on a weekly basis, rapidly closing in on five-year 2015-19 averages.

Now that the container bubble has burst, the record order frenzy of 2021-22 – which to date has seen some 6.7 million teu contracted – now appears even more excessive than it did at the time.

While we believe that capacity reductions will keep top line 2023 fleet growth relatively shallow at 1.9%, the easing of supply chain congestion will increase effective capacity at a much greater rate – predicted 19% rise – returning the market to an over supplied position

The price paid for reverting to type is that contract quotations are now being set at a fraction of the levels of a year ago. These realisations are reflected in our vastly downgraded freight rates and carrier profitability forecasts.

To answer why greater capacity reducing measures have not yet materialised – the idle fleet percentage is only marginally higher than it was three months ago and demolitions are only barely starting to occur – we have created a new chart tracking the breakeven points for three East-West container trades.

What it tells us is that trade route profitability in Asia-West Coast North America and Asia-North Europe is diminishing very quickly, but the impetus for more significant capacity cuts was missing because lanes were still profitable. Left unchecked, however, costs will soon exceed revenues in these routes.

In contrast, round voyage revenue remains way above RV cost in the Transatlantic, making it easily the most profitable East-West route.

The chart is akin to a doomsday clock, counting down the time before carriers incur losses. The closer the two lines are to one another, the more pressing the need to engage in capacity management.

In our view, the fact that the chart lines are close to converging in Asia-WCNA and Asia-North Europe will drive further action, but it might remain at the edges of what is needed for a little while yet i.e., no immediate rush to lay up or scrap.

This is because carriers may want to hold on to see if there is a rush of bookings for the pre-Chinese New Year window (starting 22 January 2023). At the same time, the fact that the Transatlantic remains a profitable playground provides an opportunity to cascade some ships there instead of giving up earnings potential by deactivating assets.

Given that loaded volumes are falling at an alarming rate and that rates are nearing breakeven levels, we think that carriers will finally get busier with some capacity cuts during 2023.

There will be no “managed decline” (meaning very effective and timely matching of capacity with demand) as we described in the last edition. We still think there will be major capacity reconstruction, but it will be carried out to prevent freight rates from falling below breakeven, not to gently ease profit margins above historical averages.

We were wrong to believe that increased market concentration and new-found market power would stop shipping lines from repeating the mistakes of the past.

While cargo demand has contracted at a faster pace than many anticipated and some action has been taken to address overcapacity, it has been largely too little, too late. Instead carriers have lost control of capacity and reverted to price competition to retain volumes.