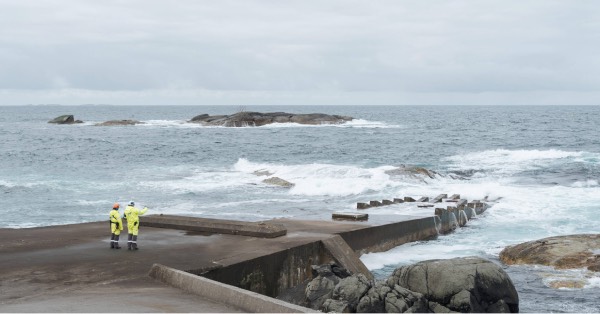 Equinor and RWE have agreed to work together to develop large-scale value chains for low carbon hydrogen.

On 5 January, the two companies signed a memorandum of understanding (MoU) to jointly develop large-scale energy value chains, building on the partnership between Norway and Germany and the long-term relationship between Equinor and RWE. The cooperation has these main building blocks:

“Through this collaboration we will strengthen the long-term energy security for Europe’s leading industrial country while at the same time offer a viable route to a necessary energy transition for hard to abate industries. The collaboration has the potential to develop Norway into a key supplier of hydrogen to Germany and Europe. This is a unique opportunity to build a hydrogen industry in Norway where hydrogen also can be used as feedstock to domestic industries,” says Anders Opedal, Equinor’s CEO and president.

“In order to make progress in the conversion from fossil fuels to hydrogen, there is an urgent need for a rapid ramp up of the hydrogen economy. Blue hydrogen in large quantities can make a start, with subsequent conversion into green hydrogen supply. This is exactly what we are driving forward with our partnership – providing the industries with relevant quantities of hydrogen. In addition our planned investments into hydrogen-ready gas-fired power plant will ensure security of supply in a decarbonized power sector,” says Dr. Markus Krebber, CEO of RWE.