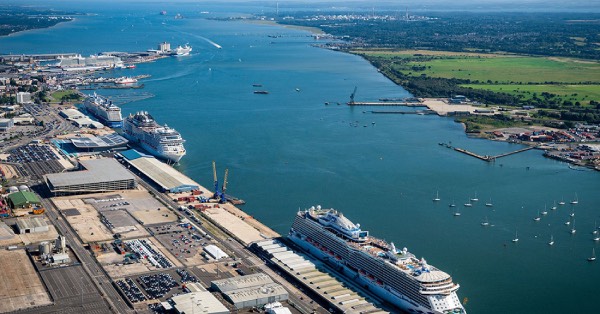 2022 has been a significant year for cruise at the Port of Southampton, with teams supporting a total of 600 cruise days in the port.

Continuing its work to promote air quality initiatives, in Spring the port switched Shore Power on at two of the five world-class cruise terminals – Horizon and Mayflower – and since then has supported 15 ships to ‘plug in’ a total of 42 times for zero emissions at berth.

Looking ahead to 2023, the port is due to welcome 492 cruise calls and will host maiden calls from a further seven cruise ships including new-build ships:

The port aims to build on its successes in 2022, which include being awarded the Best Port Award for the second consecutive year at the prestigious Wave Awards as well as a Highly Commended in the Environmental Initiative category. The port also celebrated its tenth win for the Best UK Departure Port in the Cruise Critic UK Editor’s Pick Awards.

Rebekah Keeler, Head of Cruise at Associated British Ports, said: “We’re proud to provide award-winning cruise operational support year-round to the world’s biggest and smallest cruise ships. Alongside this, our ongoing roll out of our air quality strategy sees us take huge strides in facilitating zero emissions at berth.

“Supported by our port-based cruise services providers, we look forward to another successful year in 2023.”