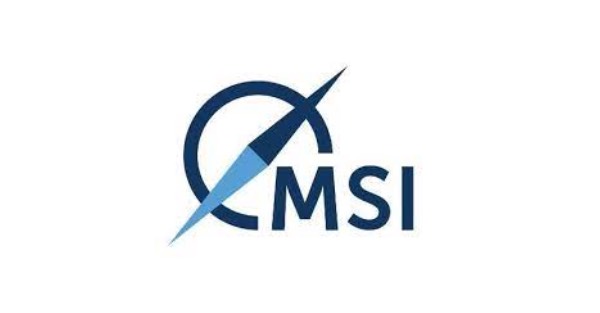 Global tankers freight across clean and dirty products segments will likely be firm in 2023 but unlike the spectacular gains made in 2022, rates would face challenges due to possible crude production cuts and costlier oil prices, analysts said.

Longer voyages, slower growth in fleet and a two-tier market where only a specific fleet moves Russian oil will support freight, while costlier cargoes and uncertainty over China demand will cap gains, they said.

The tanker market faces a more difficult start next year, unlike the stellar gains made in the second half of 2022, but a return to the depressed levels of 2021 seem highly unlikely, said Ole-Rikard Hammer, an Oslo-based senior analyst for oil and tankers with Arctic Securities.

London-based Maritime Strategies International has forecast the daily average spot VLCC earnings at $62,300 during the next quarter, considering voyages to China from the US and the Persian Gulf, compared with $73,500 in the third quarter of 2022. It has forecast that the estimated Q3 LR2 earnings of $34,400/d on the Persian Gulf-Japan route may rise to $42,800 in Q1 2023.

The International Maritime Organization’s proposed ratings on carbon intensity will also come into force next year and chartering executives told S&P Global Commodity Insights that the IMO’s calculation methodology is unfavorable to floating storage and shorter voyages, which may become costlier.

However, the broader outlook remains bullish for shipowners as long as sanctions against Russia are in place, said Enrico Paglia, a Genoa-based research manager with shipping brokerage and consultancy Banchero Costa, or Bancosta. He said this is due to the reorganization of trade on much longer distances for both crude and petroleum products.

MSI’s London-based director, Tim Smith, has said in a report that due to these longer voyages, demand for ships, including ton miles, grew faster this year at 8% compared with oil itself around 2%.

Suezmax shipments from the Persian Gulf to Europe have nearly doubled since Russia invaded Ukraine in February, according to Platts cFlow ship and commodity tracking software from S&P Global.

The Baltic and Black Sea loadings command a hefty premium not only due to the war risk but also because of shifting trade patterns where shipments from the US Gulf and West Africa to Europe have become much more frequent. Higher earnings are pulling ships to West from East.

Russian exports increasingly move long-haul to Asia while the EU’s replacement cargoes come from the US, the Middle East and, in the case of diesel, even from China, said Hammer.

For refined products, the price cap and sanctions on Russia will be effective only in February 2023 and that could further boost demand from elsewhere, added Paglia.

There is no pressure from order books with the dirty tankers fleet expected to grow just 1% next year after a 4% growth in 2022, and the growth for the products tanker fleet will slow down to 2%, according to Bancosta’s estimates. At current earnings, there will be little or no scrapping of tankers, added Hammer.

Mainstream tankers’ supply is tightening due to an expanding dedicated “shadow fleet” for Russia.

“If pre-invasion Russian oil exports used 11% of the world’s Aframax-Dirty LR2 fleet, a full rerouting of its crude to Asia could use 20%-40% of non-EU/G7 owned ships of this class,” according to estimates by IHS, now part of S&P Global.

This will offset lower traffic of those ships on the Kozmino-Asia routes that comply with Western sanctions on Russia.

Freight will face hurdles to reach the next highs despite these bullish factors because oil demand is now growing at a slower rate, as Arctic’s Hammer pointed out.

The International Energy Agency has slashed its demand growth forecast for next year and so has OPEC+, which also reduced output by 2 million b/d in November. Russia is also considering a separate oil production cut of up to 7% in retaliation to the price caps imposed on its exports, Deputy Prime Minister Alexander Novak said in the week ended Dec. 24.

Furthermore, the drawdown in US strategic inventories is poised to end after adding more than 200 million barrels to commercial stocks this year, said Hammer.

Just as a full-scale Russia-Ukraine war was not expected by many during this time last year, similarly there are several unknowns at present as shipping moves into 2023.

Recessionary trends in the EU and the US, the strength of the dollar and the reopening of China will be key factors that would determine the direction of tanker freight, said Paglia.

Several greenfield and expanded refineries such as Kuwait’s Al Zour, Saudi Arabia’s Jazan, Iraq’s Karbala and Oman’s Duqm will potentially create a huge incremental supply of petroleum products but their actual output and subsequent demand for tankers will hinge on how these uncertainties pan out.

In an unprecedented development, China’s oil imports have declined for two consecutive years. Given China’s dominant position by far as the world’s largest oil importer, it remains a huge uncertain factor, added Hammer.

Even an improvement in its recent purchases has supported freight, he said. China’s crude imports rose 8% on the month in November to almost 47 million mt, according to government data.