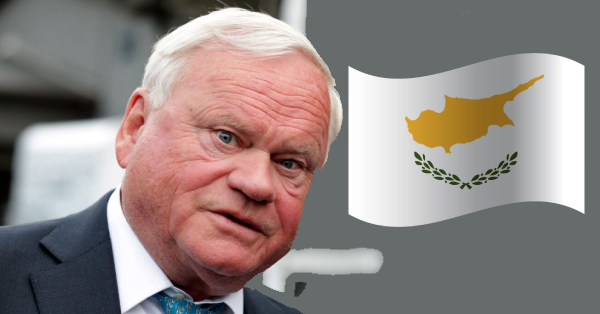 Prior to the Redomiciliation, Frontline Ltd.’s ordinary shares were listed on the New York Stock Exchange (“NYSE”) and Oslo Stock Exchange (“OSE”) under the symbol “FRO.” Upon effectiveness of the Redomiciliation, the Company’s ordinary shares continue to be listed on the NYSE and OSE and is expected to commence trading under the new name Frontline plc and new CUSIP number M46528101 and new ISIN CY0200352116 on the NYSE on or about January 3, 2023 and on the OSE on or about January 9, 2023. Frontline plc’s LEI number will not be affected by the Redomiciliation and will remain the same.

Conversion of the ordinary shares in the Company between the NYSE and the OSE will be restricted from January 2, 2023 until the ordinary shares in the Company trade under the new ISIN on the OSE, which is expected to take place on January 9, 2023. Any conversion transactions that remain unsettled as of the open of trading on January 3, 2023 will be cancelled.

During a period which is expected to last from and including January 4, 2023 to and including January 6, 2023, the ordinary shares in the Company will trade on the OSE under a temporary ticker symbol, the details of which will be announced separately. The ticker symbol for trading on the OSE will return to “FRO” from the same date as the ordinary shares in the Company trade on the OSE under the new ISIN, which is expected to take place on January 9, 2023.