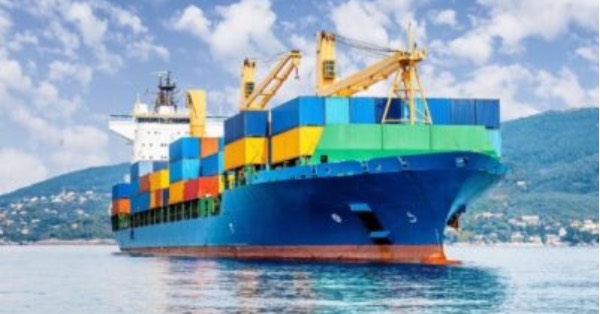 The billion-dollar question for container shipping markets at the beginning of 2022 was: “Party on or the big unwind?”

It turned out to be the big unwind. As this year comes to a close, the party is pretty much over. Many of the COVID-era market gains are gone. The rest will be in jeopardy in 2023.

Asia-West Coast rates back to normal

The Freightos Baltic Daily Index (FBX) assessed China-West Coast rates at $1,378 per forty-foot equivalent unit on Monday. The index has been relatively unchanged since Nov. 23 and is down 93% from its all-time high in September 2021.

It has now done a full round trip since the beginning of the COVID-induced consumer boom — it’s back where it was at this time of year in 2019.

The weekly Drewry World Container Index (WCI) assessed Shanghai-Los Angeles spot rates at $1,992 per FEU as of Thursday. It has been roughly flat since Dec. 8. It’s down 84% from its peak in November 2021, although still $557 per FEU above where it was in late December 2019.

Container shipping spot rates are also assessed by Platts, a division of S&P Global Commodities. Platts put North Asia-West Coast spot rates at $1,300 per FEU as of Monday, $50 per FEU below its assessment at this time in 2019.

That congestion is finally clearing. There were 10 ships in the queue off Savannah, Georgia, on Monday, down from almost 50 at one point this summer.

During the 2020-22 container shipping boom, Asia-East Coast spot rates reached an unusually high premium versus Asia-West Coast rates. Prior to the pandemic, this premium hovered around $1,400-$1,500 per FEU. During the boom, it shot as high as $6,000 per FEU.

The exceptionally high spread persisted well into 2022 as volumes shifted to the East Coast. As recently as early September, it topped $4,500 per FEU, according to FBX indexes. But by the last week of December, it was down to $1,527 per FEU, near its traditional level.

Platts reported the same normalization pattern in its own indexes. “The spread between East/West Coast import rates is now at $1,525 per FEU, nearing the pre-pandemic average, which was upset in 2022 as many cargo owners adjusted import behavior to favor the East Coast,” it said on Tuesday.

Other parts of the container shipping market remain far from normal. One is the westbound trans-Atlantic market.

The FBX Europe-East Coast assessment was at $5,693 per FEU as of Monday, 2.9 times its level at this time in 2019. The latest Drewry WCI Rotterdam-New York assessment was $6,989 per FEU, also 2.9 times pre-pandemic levels.

According to Sea-Intelligence, this remaining bright spot for carriers is about to get snuffed out. Sea-Intelligence CEO Alan Murphy said carriers are injecting “serious amounts of capacity on this trade lane.” That capacity infusion should depress spot rates.

Murphy explained, “From mid-December 2022, operated capacity on North Europe-North America East Coast will shift from being roughly at the same level as in 2019 to being 20% higher. And as we get into mid-February 2023, this is poised to jump even further, to 30% [higher]. Capacity from the Mediterranean will grow at an average of 25% over 2019 in January-February 2023.”

Contract rates poised to reset much lower in 2023

Another market that has not reverted to normal — one that is key to ocean carrier profitability — is the annual-contract market. Ocean carriers move the majority of their volumes on contracts, not spot. While falling spot rates eventually bring contract rates down, there is a lag.

Long-term rates are tracked by Xeneta. Its long-term contract index held fairly steady in December after falling sharply in November. Xeneta’s global contract-rate average is still up 70% year on year this month, and its contract-rate assessment for U.S. imports remains 130% higher.

“This is really just the quiet before the storm,” said Xeneta CEO Patrik Berglund on Thursday. “As more and more long-term contracts expire in the new year, expect the [Xeneta’s long-term index] to post far greater month-on-month declines.

“All indicators point toward considerable rate drops from today’s levels, with several of the major Far East trades pointing toward new long-term contracts that are much closer to the currently far lower spot-rate benchmarks.

“We’ve seen a golden age for the carriers since the beginning of the pandemic, but those days are all but gone now,” said Berglund.