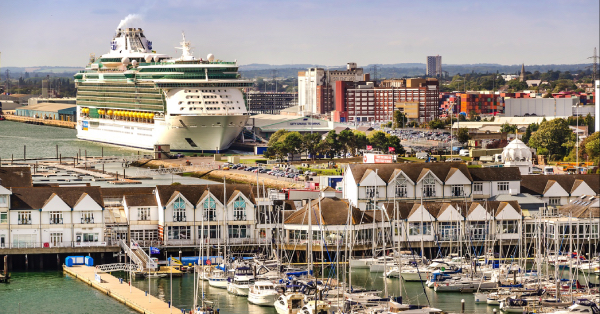 If you follow the UK press and current political positioning by the British Home Secretary Suella Braverman, it is reported that she “has not ruled out using disused cruise ships to house asylum seekers, saying “everything is on the table”.

At the very least, the cruise line industry must be concerned if there is any common sense in their internal planning reviews for having any part in such a fanciful option. It is fairly assumed that “disused” means leased or some form of ownership transfer and which will still require crew to operate (step in the unions).

Surely what the cruise line companies must be asking themselves in terms of being either directly or indirectly involved must be: “What happens when, not if, this goes wrong?”

It is only going to take one unexplained onboard death, one suicide, one rape, one demonstration, one arson fire, one fight, one riot causing internal damage, or one report of an over-zealous underpaid security guard bullying or exploiting a migrant or refugee – then it’s rather tricky waters for any participating cruise line operator’s reputation.

If they are not mildly nervous, someone in the senior management chain needs to press the button starting the revolving flashing red light for a potential car crash around public reputation and shareholder intervention.

The idea of using cruise vessels to house asylum seekers is not new, neither are the commercially backed initiatives to address the issue.

Human Rights at Sea (HRAS) has variously been approached by maritime lawyers, private security companies and ex-Military Officers touting a variety of options for the ‘English Channel migrant problem’.

All seek some form of NGO endorsement. All need legal top-cover, flag State support and a compliant insurer. And most are about making money out of the UK Government’s need for deflection of a ‘political hot-potato’ while decisions are delayed on securing legal, safe routes for those persons seeking to gain entry to the UK.

Meantime, any cruise industry support of this plan instigated via the Home Office will be under significant and concerted public scrutiny by unions, civil society NGOs, lawyers, the Labour Party as the government-in-waiting and the media.

There is no room to hide for the cruise line industry on this issue, whether they like it or not. The Home Secretary has ensured that by proposing the idea, though one cannot quite believe that it is fully supported by all Home Office civil servants.

Back to the use of a cruise line vessel. There will be little opportunity to control the asylum seeker’s environment without significantly encroaching on an individual’s human rights, and if excessive personal information and access controls are imposed, the reality will be that leaks and evidence will still seep out.

The result may well be a rush for media spin and damage limitation from the industry, silence from the Home Office, while there will be a concurrent scramble to expose the truth from media and civil society organisations.

And what about insurance cover? Will the P&I Clubs be seen to be complicit as part of a business transaction, or will they also take a reputation position and quietly avoid issuing cover in the first place?

And then there are the unions rightly looking after the seafarer’s interests.