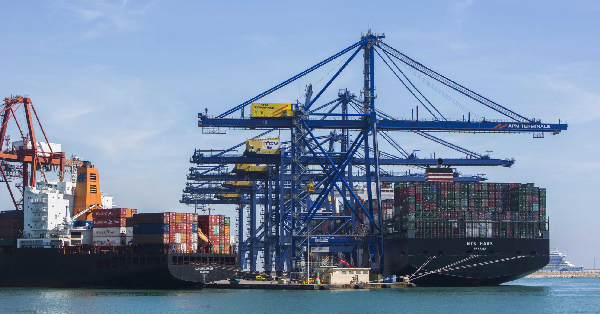 The Port Authority of Valencia (PAV) has handled 1,300 containers of toys to the most varied markets up to November.

In total, up to November this year, more than 7,200 tonnes of Spanish toys have been transported from the Port of Valencia.

Greece, Mexico and the United States are the three main countries of foreign sales of the toy industry through the Port of Valencia.

Some countries such as Togo, Guinea Bissau, Cosa Rica, Honduras or the Mayotte Islands (opposite Mozambique) only receive one or two containers a year.

This year, children in Australia, Norway, the United States, Colombia and South Africa will enjoy toys made in the Valle del Juguete in Alicante -a strategic area due to its proximity to Valencia- or from any Spanish company dedicated to this sector, which deliver their products to any corner of the world. To this end, they have the support of Valenciaport, the best connected Spanish port and the fourth in Europe, a fundamental enclave that facilitates trade for the Spanish economy and the export industry and, specifically, for SMEs involved in the toy sector.

The connectivity of the Port of Valencia, which maintains relations with 1,000 ports in 168 countries, is a competitive advantage for SMEs. Thanks to its capacity to weave trade relations with the five continents, goods can reach any corner of the world. For example, this year, 6 containers with 24 tonnes of toys have been sent to the Society Islands in French Polynesia so that the children of Tahiti and Bora Bora Bora can enjoy them. Some countries such as Togo, Guinea Bissau, Cosa Rica, Honduras or the Mayotte Islands (opposite Mozambique) only receive one or two containers a year. A service for all the companies which, regardless of the destination and the quantity, can take their toys thanks to the shipping companies, consignees, forwarding agents and the rest of the port community of the main container port of Southern Europe.
Thus, between January and November of this year, 1,290 containers loaded with toys ‘made in Spain’ have departed from the docks of Valenciaport for 90 countries. In total, 7,211 tonnes of illusion arriving in America, Africa, Asia, Oceania and Europe. From the paradisiacal islands of French Polynesia and the Caribbean to Japan, Canada, the countries of the Gulf of Nigeria, the Persian Gulf and the Pacific coast of South America.

By countries, the one that has received the most merchandise from Valencia has been Spain. Various Spanish ports have received 1,625 tonnes distributed in 95 TEUs and ro-ro cargo with the Balearic and Canary Islands. Greece, Mexico and the United States are the main importers of Spanish toys.

According to data from the Spanish Association of Toy Manufacturers (AEFJ), presence in international markets is key for the sector; in fact, 65% of companies export part of their production outside Spain. European markets are the main destination for our exports, with countries such as Portugal, France, Italy and Germany leading the way. To many of these neighbouring countries the products arrive by train or road, nevertheless, during this year Valenciaport registered shipments of toys with 7 European countries, with Greece leading the traffic with 279 containers and 1,255 tonnes. In second place is Italy with 111 tonnes, all transported by ro-ro (ships that transport the cargo on wheels, mainly lorries), using the motorways of the sea that link Valenciaport with the main Italian ports. This is followed by the United Kingdom (14 TEUs and 63 tonnes), Cyprus (8 TEUs and 34 tonnes), Malta (4 TEUs and 20 tonnes), Ireland (4 TEUs and 12 tonnes), and Norway (2 TEUs and 9 tonnes).

The bulk of the countries importing Spanish toys are distributed among the other containers. In America, there is Mexico with 270 containers (1,071 tonnes) and the United States with 127 TEUs (695 tonnes), two of the Spanish toy industry’s main trading partners. In this area, also noteworthy are the relations with Ecuador (29 TEUs), Peru (25 TEUs), Colombia (15 TEUs), Dominican Republic (13 TEUs), Chile (12 TEUs), Guatemala (9 TEUs), Panama (8 TEUs), Argentina (8 TEUs), Guadalupe Island (4 TEUs), Uruguay (4 TEUs) and Canada (3), among others.

In Asia, the main trading partner for the Spanish toy industry is Israel with 34 containers and 152 tonnes, followed by Hong Kong with 31 TEUs and 131 tonnes, and Taiwan with 27 containers and 113 tonnes. Another important area is the Persian Gulf with countries such as the United Arab Emirates (16 TEUs), Saudi Arabia (12 TEUs), Kuwait (7 TEUs). On this continent, Singapore (7 TEUs), Lebanon (7 TEUs) and China (7 TEUs), among others, are also transported.

Meanwhile, in Oceania, the dynamism of Australia with 25 containers for a total of 110 tonnes, while New Caledonia (6 TEUs) or the Society Islands (6 TEUs), are other destinations for the Spanish toy industry.

The Port of Valencia has thus become the main ally of thousands of exporting companies in its area of influence which can sell their products by sea transport to large markets such as North America or Asia, but at the same time reach remote islands in the Pacific or the Caribbean. Valenciaport, as a logistics benchmark for the whole of Spain, continues to improve its infrastructures and services in order to respond to the needs of the import/export activity of companies, and to the increase in maritime traffic in the coming years.