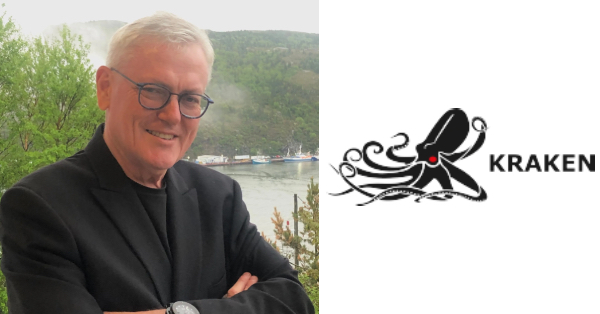 Kraken Robotics announced that Karl Kenny, Founder and President and Chief Executive Officer, will be appointed Executive Chairman of Kraken and transition the President and Chief Executive Officer role to Greg Reid. Mr. Reid joined Kraken more than 7 years ago as Chief Financial Officer and since 2019 has been Chief Operating Officer. This transition will become effective January 1, 2023.

“It has been an honour and privilege to lead this company as Founder, President and CEO for over a decade, and I am pleased to continue to serve as Executive Chairman to help oversee Kraken’s ongoing progress,” said Mr. Kenny. “Over the course of my 45-year career, I have witnessed the profound impact of technological evolution as well as the expansion of the blue economy. The past decade alone has been transformational for Kraken in science, technology and product R&D. We have delivered some of the most important global advances in seabed imaging and robotics; made significant strategic and tactical decisions across the business and delivered record performance. Most of all, I am proud and humbled to have led our talented and dedicated team around the world. The decision to step aside from daily operations was one of the most difficult of my career, but it is the right one. This is good for the Company and our shareholders as our organization is delivering strong performance across all units and is positioned for continued success. I will turn 63 next year and this is right for me personally, as I can spend more time and focus with family. But rest assured, I won’t be far away. I have the utmost confidence in Greg to lead Kraken as the Company’s next President and CEO.”

“I am honored to move into the President and CEO chair at Kraken, and to continue to build upon the success that Karl, the management team, and employees have driven in the ten years since he founded the company,” said Mr. Reid. “We have a world class team at Kraken and I am excited to lead as we gain market share with a strong offering of products and services that allow our customers to explore and understand the subsea and sub-seabed. Karl’s vision led to the creation of Kraken at exactly the right time. With big challenges such as national security and the global energy transition, Kraken has the technologies and people to help our customers protect and power the world. The Kraken of today is much different than the Kraken of even 3 years ago. We have more management depth, a deeper roster of engineering, science, and services talent and our technologies and systems are more hardened. With major reference customers across various navies, defense contractors, UUV OEMs, and energy companies, we are just getting started. We look forward to capitalizing on the favorable industry trends in subsea robotics and I am excited when I think about our prospects. Our technology, products, people and brand carry incredible momentum. I would like to reinforce our commitment to our employees, customers, shareholders and partners and I look forward to leading the organization for the long-term growth of Kraken,” said Mr. Reid.