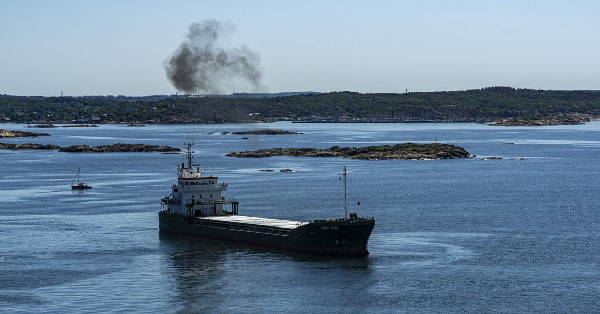 Predictability and scalability need to be taken into account

Of the 68 carbon pricing schemes currently operational worldwide, very few cover shipping. Yet there is scope for carbon pricing to be successfully applied to the shipping sector, if predictability, scalability and the technical readiness of zero-emission greenhouse gas technologies are taken into account in their design, said the OECD’s International Transport Forum (ITF).

A policy paper by Olaf Merk, administrator for ports and shipping at the ITF, considered the pros and cons of carbon pricing schemes, asking whether they are applicable to shipping, or whether the characteristics of shipping make that difficult or even impossible.

When different carbon pricing schemes are applied regionally rather than globally, the risk of evasion increases. But attempts at evasion are “less likely if the costs of evasion for shipping companies outweigh the benefits of evasion”. He described a supra-national scheme, for example, at the EU level, as “an alternative but less desirable option”.

On the question of who pays the carbon price, Merk said the overarching principle of ‘polluter pays’ applies. “In the case of shipping, this would mean that the more polluting ship would pay more,” he said. In terms of who receives the revenues, he suggests that the establishment of an international institution or mechanism charged with allocating and distributing carbon pricing revenues may be necessary. “This could be a mechanism under the auspices of the IMO or another UN organisation (such as the Green Climate Fund under the auspices of the UNFCCC) or a distribution mechanism to allocate carbon revenues to countries.”

When different carbon pricing schemes are applied regionally rather than globally, the risk of evasion increases

However, there are challenges to overcome. For one, the shipping sector is made up of many parts. For example, a ship can be owned, operated, managed and crewed by four different companies, each tasked with a different responsibility and having different commercial interests. “This makes it difficult to establish who has the most leverage to reduce shipping emissions. It also makes it hard to define which actor should pay the carbon price and what part of it.”

There will also be opposers to carbon pricing for shipping. These include the shipping industry itself, who may link high carbon prices with a reduction in global trade; governments from countries on the edges of global trade routes who may concerned about increases in trade costs; and fossil fuel companies.

Second, consider designing a carbon pricing mechanism for maritime shipping as a “feebate” system. This type of system would require all ships emitting greenhouse gas emissions to pay a levy that is then used to subsidise zero-emission fuels and energy sources. Ships operating with zero emissions receive a rebate that covers the price difference between conventional fuels and zero-emission fuels or energy sources. The rebate would be funded by increased levies for vessels that still burn fossil fuels. “In this way, the ‘feebate’ system incentivises operators to adopt emissions-free energy sources early while burdening late movers with higher costs and increasing pressure to convert.” The ITF urges that the “feebate” system is introduced as soon as possible.

The last recommendation is to make sure that pricing schemes and standards cover well-to-wake emissions. This needs to cover the entire process of fuel production, delivery and onboard use. “The well-to-wake life-cycle view of greenhouse gas emissions in shipping will maximise emission reductions,” Merk concluded.

Overall, the ITF concludes that circumstances are “favourable” for a productive global discussion on carbon pricing for shipping, but careful thought needs to be put into a system’s design so that it is equitable, transparent, and maximises effectiveness.