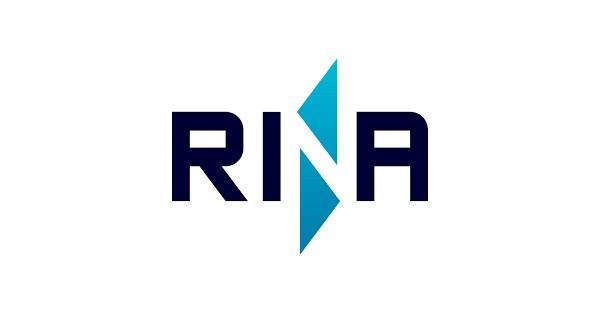 RINA has announced the Approval in Principle (AiP) of the first very large crude carrier vessel using an innovative propulsion arrangement that reduces the ship’s resistance by 5-10%. This result is achieved by splitting the thrust of a single large propeller into two smaller ones, thus reducing the required ballast draft for the full propeller immersion, which in turn allows the reduction of the volume of the ballast tanks and, ultimately, of the overall ship dimensions and the required power for propulsion without impacting the cargo carrying capacity.

At the same time the vessel will meet the IMO targets for 2050 through the use of the ship’s fuel (LNG) combined with hydrogen produced onboard. The LNG/hydrogen-fuelled vessel general arrangement developed by Shanghai Waigaoqiao Shipbuilding (SWS) is based on the result of a joint project with Marin, the Liberia Administration, Wärtsilä, ABB and Helbio (a subsidiary of Metacon AB) and RINA.

Giosuè Vezzuto, Executive Vice President at RINA, said, “Following the AiP of an MR tanker, earlier this year, using the same solution to produce hydrogen on board, this vessel features a new approach to the design of VLCCs. It also demonstrates that the gas reforming concept can work equally well on smaller or bigger vessels, as this first AiP for aVLCC proves its application in the largest vessels.”

The new propulsion concept is important because it offers ship owners a way to exceed IMO 2050 carbon reduction targets using practical fuel and technology that is readily available today.

Mr. Gao Aihua, Deputy Director of SWS R&D Department at SWS, said, “We are proud to obtain the first AiP for a VLCC to meet IMO 2050. Also, the reduction of ship’s resistance is a paramount step for ships of this size, towards the primary target of reducing the energy consumption on board, and this makes it even easier to reduce GHG emissions. This is a huge step forward in decarbonisation for the global industry and for shipbuilding in China.

This is a huge step forward in decarbonisation for the global industry and for shipbuilding in China.”

The propulsion design is based on combining LNG with steam in a Helbio gas reformer to split LNG molecules into hydrogen and CO2. Hydrogen is then directly used to fuel the internal combustion engines and fuel cells. The capture of carbon atom directly from the LNG molecules, serves as a pre-combustion technique, and the cryogenic separation of CO2 from a stream of reformed gases rather than from exhaust emissions results in much smaller installation on bard which eliminates the use of chemicals and the penalty in energy consumption.

The AiP to SWS, following the MR AiP design in Europe, shows the wider acceptance of the concept by global shipyards.

“One of the challenges for shipowners in meeting IMO carbon emission targets is knowing what the future holds,” continued Vezzuto. “The industry is considering many options using different technologies and new fuels, aiming to minimize the energy consumption and the resulting CO2 emissions on board. Shipowners need to be confident that onshore bunkering facilities and other supporting infrastructure will be available before investing in new vessels. This LNG/hydrogen fuelled design for VLCCs is modular and scalable and provides a practical solution that can adapt over time to meet increasingly stringent emission reduction targets and ensure their investment is optimized throughout the natural lifespan of the vessel. The design only requires LNG bunkering, which is widely available today.”