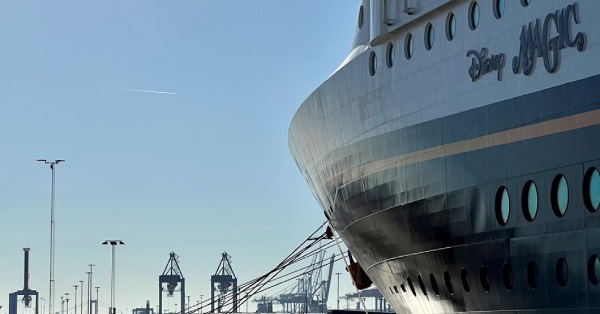 A total of 81 cruise ships called at the Port of Gothenburg in 2022. That is seven calls more than the previous record season of 2014. “It is a big increase following of the pandemic, even though it is other tragic circumstances that are behind the upturn to a large extent,” says Nicole Brattåsen, Cruise Operations Manager at the Gothenburg Port Authority

“As a result of Russia’s invasion of Ukraine, Russian ports were excluded, and the shipping companies had to cancel the big drag St. Petersburg out of their plans and find alternatives. In Gothenburg, we already had a good booking situation for 2022, but the number rose in the spring with 30 bookings as a result of the geopolitical situation,” says Nicole Brattåsen.

Gothenburg – in contrast to what people want
The majority of cruise travelers in Gothenburg are Germans, British and Americans – in that order. Once in the city, both classic local picturesque attractions are popular, as well as destinations outside the city centre.

“We are selling Gothenburg as a bit of a break in the regular cruise range, depending on the target group. For big city cruisers for example, we are a slightly more relaxed city with a nice vibe. For expedition cruisers on the other hand, we are a fun detour from fishing communities and smaller villages where we can offer a little more pulse and a big city feel.”

New record year underway in 2023
The 2023 cruise season already looks set to be another record year for Gothenburg, as a total of 92 calls are booked to date. But in the long term, Gothenburg needs to continue to strengthen its competitiveness as a destination in a global cruise industry that is facing several challenges.

“On the one hand, we have a recession coming on that affects all the experience industries. On a slightly more regional level, we need to find a new identity for the Baltic region needs without St. Petersburg,” says Nicole Brattåsen.

Like other industries, the cruise industry is also facing sustainability challenges where, among other things, ships are connected to electricity at the quay to an increasing extent and are looking at alternative ship fuels such as biogas and methanol.

“The destinations also need to do their part, and Gothenburg is at the forefront. The city has been named the world’s most sustainable destination six times in a row, and we receive indications from tour operators that guests want to learn more about it and what Gothenburg concretely does to be sustainable.”

“When it comes to alternative fuels for example, the Port of Gothenburg was the first in the world to introduce operating regulations for the bunkering of both methanol and biogas, and we are investing heavily in becoming a central bunkering hub for alternative fuels. It contributes to increasing the rate of conversion and at the same time makes us more attractive as a destination for shipping companies that invest in green conversion,” says Nicole Brattåsen.

The pandemic gave rise to new behaviours
The cruise industry at large has also gone through a baptism of fire with the pandemic, with the recovery still ongoing. In total, Gothenburg had around 80,000 cruise visitors in 2022, and many operators clearly notice an upturn of sales when there are cruise guests visiting.

“The occupancy has been around 70% on the ships. There is a caution from both shipping companies and passengers where they do not want to take any risks. We are also seeing new patterns on land, for example the demand to book entire restaurants or concert halls where you stay within the cruise bubble has increased.”

“At the same time, there is also an opposite trend where you want to get closer to people, meet locals, visit farms, microbreweries and such. Cruise passengers are not a homogenous group but individuals who want to experience different things,” says Nicole Brattåsen.

Fact file: The 2022 (and 2023) cruise season in Gothenburg
Number of calls in 2022: 81 calls distributed among 25 different shipping lines.
Number of passengers in 2022: About 80,000.
Largest ship, length 2022: Disney Magic, 300 meters.
Largest ships, capacity 2022: Mein Schiff, Disney Magic and MSC Poesia, 2700 passengers.
Booked calls in 2023: 92 calls.
New calls in 2023: To the America Cruise Terminal: Ocean Odyssey and Clio. To Arendal: Renaissance, Seven Seas Navigator, Princess Caribbean and MSC Explora from MSC’s new luxury segment. “MS The World” will also visit the America Cruise Terminal during the summer, which is special in that the passengers on board are not guests but residents.