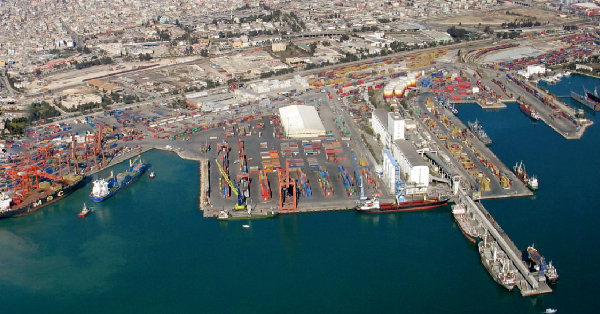 Fitch Ratings-London-20 December 2022: Some ports in the East Mediterranean region of Turkiye will increase capacity in the coming years, as expansion projects are resumed, Fitch Ratings says. This may result in overcapacity in an economically unstable region, especially if volume growth does not keep pace with the increased capacity.

Pandemic-related lockdowns and an unexpected surge in demand for consumer goods in early 2020 led to global supply chain pressures and container congestion across major European ports. Ports resumed quasi-normal activity only in early 2022, when congestion and waiting times started to ease and freight rates started to reduce from all-time highs in end-2021.

In some ports in the East Mediterranean coast of Turkiye, the impact was twofold. First, a shift in volume type from containers to conventional cargo due to congestion in the containerised segments and high freight rates that made conventional cargo relatively cheaper. Second, some shippers shifted operations from larger ports that were at capacity to smaller ports which were still in the ramp-up phase. As some smaller ports did not have the infrastructure to handle the largest container vessels, congestion at the larger ports temporarily reversed the trend of increasing vessel sizes as smaller vessels were used to access these ports.
Based on Eurostat data, we observe that volumes have started to move back into containers. Together with re-containerisation, Fitch now expects larger vessels to be re-deployed and carriers to come back to larger ports. Some ports will also resume their expansion plans to increase their berth depth, accommodate large vessels and maintain market share in the context of broader industry trends.

Traffic developments were similar across Fitch-rated Turkish ports in 2020-2022. At Mersin Uluslararasi Liman Isletmeciligi A.S. (Mersin; B/Negative), the major player in its catchment area with 2.6 million 20-foot equivalent unit (TEU) capacity and around 80% utilisation, 2021 cargo volumes grew strongly by 14%. Limak İskenderun Uluslararası Liman İşletmeciliği A.Ş. (Limak; B/Negative), a competing port with 1 million TEU capacity and around 45% utilisation, had a 16.5% increase in cargo volumes in the same year. Growth in cargo traffic offset negative or lower container volume growth (4.3% at Mersin and -0.3% at Limak).

Mersin is working at capacity and plans to resume 1 million TEU expansion projects, in part to accommodate mega-vessels. As congestion eases and the trend of using larger vessels resumes, smaller ports in the broader catchment area may also decide to engage in capex programmes to continue to remain competitive and handle large vessels.

In Mersin’s catchment area, where current capacity utilisation is around 70%, a further 1 million TEU expansion would reduce utilisation to around 55%. This may bring overcapacity in an area with economic/geopolitical instability if volumes do not materialise as expected. In this scenario, volume pressure may arise – particularly in smaller ports where infrastructure might be less able to accommodate large vessels or do not benefit from good connectivity to the hinterland. This could result in price wars to attract volumes, ultimately resulting in margin reduction and lower cash flows for debt service.

South-east Turkiye, close to the Syrian border, has thrived in the past decade from competitive nominal wages, strategic geographical location and softer environmental regulation. This has resulted in the development of a dynamic and flourishing manufacturing region. However, while regional manufacturing involves a diversified mix of goods, they are mostly low value added in nature and therefore exposed to competition from neighbouring facilities in and out of Turkiye where manufacturing could be quickly shifted.

Fitch will continue to monitor economic and market trends in the area and take rating action if necessary.