Cyprus Shipping News
Home Top News The burden on ships and crew of a world in turmoil –... 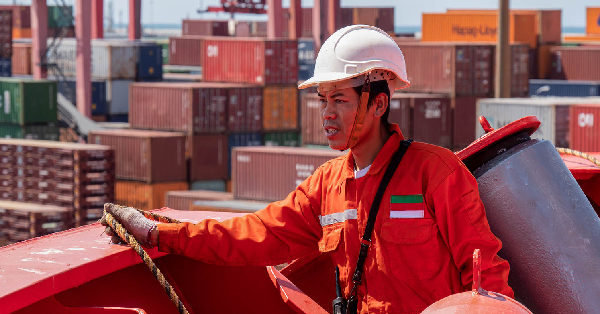 When you are enjoying the holiday season with your family spare a thought for those at sea.  We are all well aware that the sea is unpredictable and that seafaring can be a dangerous and stressful occupation. There are some things such as bad weather or sea conditions that are difficult to avoid but the lives of crew members and shipowning/management teams are also made far more stressful by situations caused by the failure of states to agree common policies or to implement them or treat seafarers with consideration and humanity. We will look at two of them with concrete examples of cases faced by our Members.

It is a fact of life now that due to turmoil in a number of countries migrants undertake perilous journeys in unsuitable vessels to try to claim asylum in Europe or find other means to build a life here. When these vessels get into trouble at sea the obligation of ships in the vicinity is to render assistance. See for example Article 98 of the UN Convention of the Law of the Sea 1982 regulation 33 of the SOLAS convention. A master must respond to “information from any source that persons are distress at sea… bound to proceed with all speed to their assistance…”

Everyone agrees that vessels must rescue people at danger at sea, however, there is no agreement about what happens once they have been rescued. In fact, ships that comply with this duty and rescue migrants are rarely thanked other than by those in the maritime industry. There is no international agreement on who should accept and process asylum seekers, or indeed other people who are rescued. A resolution of the executive committee of the UN High Commissioner for Refugees from 1981 provides that the duty to accept asylum seekers should fall on the country of the next port of call but this is not binding

We at Gard have first-hand experience of dealing with a number of these harrowing cases one of which involved the MAERSK ETIENNE.

On 4 September 2020, the 37,000 DWT Danish flag tanker MAERSK ETIENNEwas on route to La Skhira, Tunisia when she was requested by the Rescue Coordination Centre Malta to change course to assist a small migrant boat in distress. The boat with migrants was located outside Maltese waters closer to the Tunisian-Libyan border. The MAERSK ETIENNE picked up the 27 migrants. Shortly thereafter, the small boat sank. The MAERSK ETIENNEhad honoured its obligations under SOLAS and saved the lives of the migrants but that was where the difficulty started for all on board.

The vessel proceeded towards Malta, but was refused permission to enter Maltese waters. It then anchored outside Maltese waters to try to disembark those rescued in Malta or Tunisa. Despite considerable efforts including discussions on a high political level between Denmark and the two respective countries and a media campaign neither country could be convinced to accept the migrants.

As time went by, the migrants became more and more desperate to the point where three of them jumped overboard. Fortunately, they were safely rescued by the MAERSK ETIENNE crew for the second time and re-joined the rest of the group.

The matter was only resolved on 11 October 2020 when the migrants were transferred to the migrant rescue ship MARE JONIO, operated by NGO Mediterranea, and were subsequently safely disembarked in Italy.

It is difficult to imagine the stress for everyone on board the vessel during the 37 day wait for a solution.

Disembarking of bodies during the pandemic

There were lockdowns in many countries during the pandemic, but international trade had to continue and in fact the demand for goods increased during this period. Given the fact that ports, even within one country, had different rates of infection and different regulations, it was inevitable that it would be more difficult to navigate these rules for shipping than land-based industries. There is no getting away from the fact that the owners/crews simply had to comply with the testing and quarantine regime in the ports they visited. This is understandable. However, regulations necessary to prevent the transmission of disease strayed into injustice and inhumanity  when they were used to prevent the bodies of mariners who died from being put ashore. According to the World Health Organisation (WHO) there was little or no risk of infection from dead bodies and in any event it is much easier to limit risk in those circumstances. Nevertheless in common with other P&I clubs we had several cases where we were unable to disembark bodies from vessels for months. The lack of respect for the person who died, their family and the crew cannot be overestimated. We had a particularly difficult case that is worth considering.

In this case the master died on board. He was negative for covid when he signed on to the vessel from India on 11 April 2021. The vessel had finished loading at Paradip Port in India where the master boarded and it was bound for Huangpu New Port in Guangzhou China. He fell ill on 17 April 2021 and died on board on 19 April 2021, probably of a heart attack. There was no evidence that he or anyone else on board had covid.

The club and the owners tried to disembark his body in Indonesia where the replacement master came on board, but they were not permitted to do so. The vessel proceeded to China where things got much worse. The vessel arrived on 7 May 2021. The Chinese authorities refused to discharge the body but worse than that they did not even allow the vessel to proceed to berth to discharge. The vessel was kept one month at anchorage and was running out of supplies of food and water. By this time the case was attracting publicity around the plight of the crew and eventually the vessel was permitted to take on supplies and discharge the cargo but not to disembark the body. The vessel finally left China on 18 July. In the meantime, the authorities in the following countries had been contacted with a view to the vessel deviating to one of them to discharge the body: Taiwan, Japan, Korea, the Philippines, Cambodia, Vietnam, Sri Lanka, Hong Kong and Oman. The answer was always no. Finally, the UAE agreed to discharge the body on the basis of a negative PCR test on the late Master. Once this had been provided the vessel headed in ballast condition towards UAE. It arrived in Fujairah on 18 September and eventually the body was disembarked on 29 September.

The Master’s body had been on board the vessel in refrigeration for five and a half months. It is difficult to imagine the stress the crew and the master’s family endured.

As a result of these difficult cases Rule 31 was changed so that diversion costs to transfer a deceased person ashore for repatriation are expressly covered.

What can the shipping community do?

There has been a recent report by the UK House of Lords on human rights at sea which highlights a number of areas where there are gaps in legal coverage including in relation to the obligation to rescue people in distress at sea. There would probably be difficulties in amending or renegotiating the UN Convention on the law of the sea since there would be a risk of backtracking on some principles that have already been accepted. However, there should surely be an attempt to negotiate a convention governing which coastal states should take people who are rescued at sea at least in the first instance.

On the subject of better treatment for seafarers and acknowledgement of the vital role they play in the world’s economic system perhaps the whole shipping industry could be a bit more vocal. We should all be lobbying for coastal states to treat crew members with consideration and humanity. There is no easy answer as to how to effect change, but these are problems that the shipping community will likely see more of in the future. The sooner nation states can be persuaded to discuss and agree solutions the better.