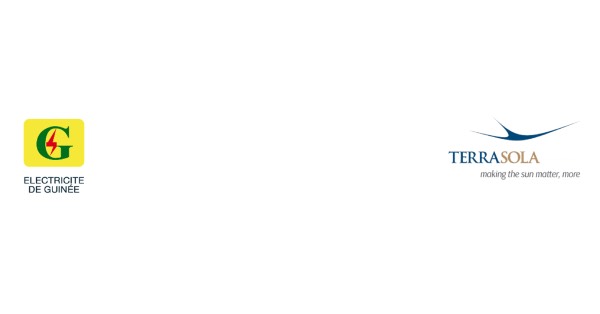 Electricité de Guinée and Swiss developer of integrated renewable energy projects, Terra Sola Group AG,have signed a memorandum of understanding to invest in a US$500 million program to accelerate Guinea’s electrification, particularly in rural areas, by stabilizing existing transmission and distribution networks, as well as boosting the country’s socio-economic development.

This program includes several solar power plants, energy storage and distribution systems. It also includes the establishment of a Human Resources Development Center thatwill offer  very high quality training and a high-level qualification  to EDG employees in  order to participate in  the industrial development of Guinea.

Today, Terra Sola is active in more than 17 countries with a combined project portfolio of more than 10 GW of installed solar capacity, accompanied by various socio-economic benefits for the countries hosting these projects, such as training programs, knowledge and technology transfer, and job creation.  For Electricité de Guinée (EDG SA), which hosts this consortium, this is a boom for the entire Guinean and sub-regional energy sector because with the development of renewable energies, Africa as a whole will be able to highlight its potential for a good recovery of the world economy.

To do this, Terra Sola has brought together financial, technological and economic project developers partners to set up zero-carbon power plants on a large scale, mainly in Africa and the Middle East, where energy demand is high.

Thus, Terra Sola through its leader Terra Sola Algeria PV Production, is fully aware that African countries present a promising combination of natural and human resources, favorable locations and committed energy policies and, this positions Africa as an ideal area to produce renewable energy.  And, Belkacem Haouche, Managing Director of Terra Sola Algeria PV Production and Vice-President in charge of international relations of FOGECA Forum for the Guarantee of Economic Emergence in Africa quotes: “the agreement of understanding signed today with EDG, marks an important step to facilitate and accelerate the development  in this sector in Guinea“.

In his keynote address, David HEIMHOFER, President of terra Sola Group AG said: ” Africa is today at the epicentre of the global climate crisis: it has contributed the least to global warming, yet it suffers the greatest impacts and losses. At the same time, Africa in general, and Guinea in particular, not only urgently needs industrial development, but also improved living standards for most of its population; And the Guinean authorities concerned, who are very familiar with the context, have understood this.”

In the same order, the Director General of the EDG, Laye Sékou CAMARA did not fail to seize the opportunity offered by the consortium in his words: “we, at Electricité de Guinée, are committed to our responsibility towards Guinea’s economic and environmental objectives, as well as to bring clean and affordable electricity where it is needed,  reliably and in sufficient quantity. That’s our mission.”

Mr. HEIMHOFER added: “Guinea, a country with fertile soil, rich mineral deposits and an important strategic port, needs additional and affordable energy to further develop its economy and accelerate the electrification of its rural and remote areas; today’s agreement marks an important milestone for Electricité de Guinée (EDG SA)  and Terra Sola, in collaboration with our partners in the international consortium to support and accompany this industrial development in Guinea“.

After the signing ceremony, Mr. CAMARA, DG of EDG SA continued: ” We welcome Terra Sola and its partners in Guinea. As partners in the project, we will ensure that they receive all the necessary support to execute this project, a historic project not only for Guinea, but for the whole of West Africa, using decentralized solar power plants with a total generation capacity of 500 MW and innovative storage technologies.”

It’s Director of Legal Affairs, Yaovi AFADODAN, master of ceremonies, also welcomed the signing of this agreement between EDG and Terra Sola Group AG which will mark an important step in the formalization of the partnership between the parties and in the implementation of this project.

It is expected to complete the development of this project within nine months, for construction of the first power plant to begin in fourth quarter of 2023.