Cyprus Shipping News
Home Offshore Energy Gazprom planning to bring gas to over 450 localities in 2022 which... 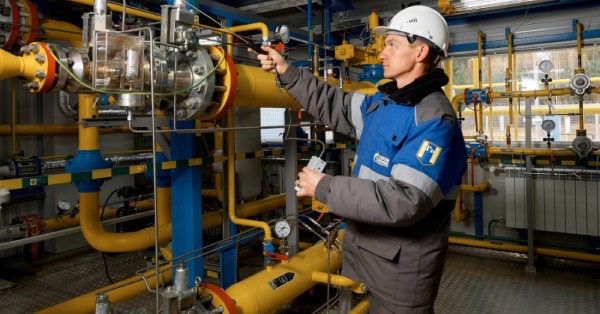 The Gazprom Board of Directors took note of the information about the progress of the programs for gas supply and gas infrastructure expansion in the constituent entities of the Russian Federation and their synchronization with regional programs for converting housing and utilities, industries and other entities to gas

It was noted that, according to preliminary data, the Company will exceed its planned targets in terms of building the gas distribution infrastructure in 2022.

For instance, since the beginning of this year, Gazprom has built gas pipeline branches with gas distribution stations (GDSs) in the Ivanovo, Omsk, Rostov, Sakhalin, and Tyumen Regions, as well as in the Republics of Karelia and Mari El. The Company plans to complete the construction of about 200 inter-settlement gas pipelines in Russian regions. As a result of these efforts, access to network gas will be provided to consumers in more than 450 localities, largely rural ones. This is approximately one quarter above the target figure initially planned.

At present, a number of the existing programs signed with the constituent entities of the Russian Federation are being updated taking into account the need of the latter in the construction of additional gas infrastructure expansion facilities.

The Board of Directors meeting paid special attention to reviewing the work on gas supply and gas infrastructure expansion in the Krasnoyarsk and Kamchatka Territories.

As of today, Gazprom has introduced the required adjustments into the General Scheme for gas supply and gas infrastructure expansion of the Krasnoyarsk Territory. The options of providing pipeline gas supplies to the region’s central and southern areas have been analyzed. The Government of the Krasnoyarsk Territory carries out the work required to obtain a more precise forecast of gas demand among regional consumers.

In the Kamchatka Territory, Gazprom is at the final stage of building the linear part of the gas pipeline branch complete with a GDS, which stretches to the settlement of Razdolny in the Elizovsky District. The inter-settlement gas pipeline that goes from the GDS to said settlement is already laid. Design development works are underway for pipelines that will supply gas to six more settlements of the Elizovsky District: Dvurechye, Krasny, Nagorny, Novy, Pionersky, and Svetly.

An inter-settlement gas pipeline to serve the boiler houses of the Vilyuchinsky Municipality is being designed. The project is being implemented pursuant to the instruction of Russian President Vladimir Putin.

The Gazprom Management Committee was instructed to continue the implementation of the programs for gas supply and gas infrastructure expansion in the constituent entities of the Russian Federation and their synchronization with regional programs, as well as the work related to the provision of gas supply to the Krasnoyarsk and Kamchatka Territories.