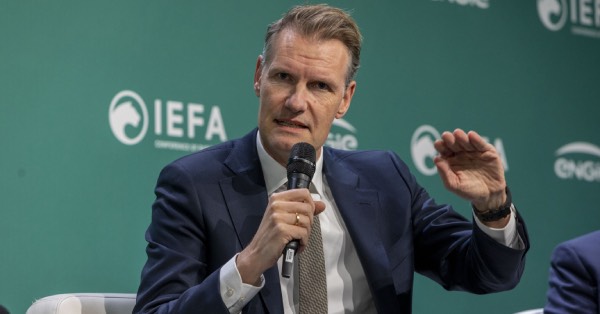 At a time when the contraction of global economic growth, high energy prices and inflation are dominating the public agenda, a high-level meeting of CEOs and government officials in Paris in mid-December offered a few glimpses of optimism and underscored the continued importance of global trade.

Commenting on the macroeconomic factors impacting global markets, MSC CEO Soren Toft explained how MSC – as the world’s largest container shipping line – has the size and scale to navigate this environment and keep on investing for the future to ensure that populations keep benefiting from international commerce.

“The future economy will still be globalised, even if some supply chains are a little more distributed,” Soren told the Conference of Paris in a panel session on ‘Charting a New Economy’. “Trade has brought hundreds of millions out of poverty, enabled local producers to tap international markets and empowered local communities through economic prosperity.”

Following the bust and boom volatility of the pandemic markets, when consumers ploughed money into physical goods, the commercial shipping market has been normalizing in the second half of this year, compared with the extraordinary freight rates witnessed during the pandemic. Nonetheless, container demand has shown a slight resurgence in recent weeks and countries will continue to trade, potentially still producing some modest growth in 2023, Soren said.

The cargo market is also experiencing variation across different regions, with pessimistic forecasts in Europe being outstripped by a more positive view in North America, following five consecutive months of slowing inflation in the U.S.

The conference panel agreed that production costs are high on the agenda of CEOs as energy costs and inflation impact all industries. Companies are unlikely to make immediate fundamental changes to producing goods in Asia, even if there have been some cases of “re-shoring” and “near-shoring” in the supply chain, Soren said. Although Asia remains the world’s manufacturing hub, within a couple of decades, Africa will in the future play a greater role in production for the world, he added.

Soren also outlined MSC’s approach to sustainability and how MSC is contributing to efforts to decarbonize the industry, step by step. First, by improving efficiency and moving on to lower carbon transition fuels such as biofuels and LNG (liquefied natural gas). Then, as soon as possible, by tapping net zero alternative fuels when they become available at scale.

He appealed for more global policy making and regulation that would help incentivize energy companies to produce alternative green fuels and encourage banks to lend capital to fund the transition to a new, decarbonized global economy:

For MSC sustainability is a top priority and we are already preparing our fleet for the fuels of the future, always heading towards our net zero 2050 target. ”

Remarking on the lessons learned from the pandemic, Soren noted that the global supply chain disruption has revealed to many people for the first time the important job that men and women do to keep the world moving and that seafarers and logistics workers should be commended for the important jobs they do.