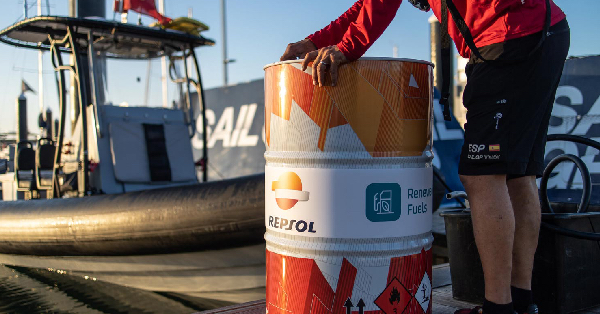 The European Investment Bank (EIB) is providing a EUR 120 million loan to Repsol to support the construction and operation of the first advanced biofuels production plant at the company’s facilities in Cartagena, (Region of Murcia). The plant will produce second generation and advanced biofuels from different types of waste primarily from the agri-food industry, such as used cooking oils, as part of the transition process towards a more circular economy. Construction work began in March this year and is scheduled for completion in the second half of 2023.

While second-generation biofuels are derived from a broad range of biogenic residues including used cooking oils, certain animal fats and vegetable oils that cannot be used as food or are derived from crops that do not compete with food, advanced biofuels are produced specifically from a subset of biogenic feedstocks listed in Part A of Annex IX of the REDII directive.

These biofuels are a sustainable solution for all segments of mobility, especially for those that have no other alternative to decarbonize their activity, such as maritime, long-distance or aviation transport. They can reduce net CO2 emissions by between 70% and 90% compared with the traditional fuels they replace. The EIB financing will also support research programs for advanced biofuels technologies conducted at Repsol’s Technology Lab in Madrid.

The production plant will be located within the premises of Repsol’s industrial complex in Cartagena, Region of Murcia – an EU cohesion region. The plant will process 300,000 tons per annum (tpa) of lipidic residues for the production of up to 250,000 tpa of 2nd generation or/and advanced biofuels for the transport sector.

Speaking at the signature event in Madrid, EIB Vice President, Ricardo Mourinho Félix said: “The EIB is committed to financing green transformation, the use of alternative energy sources and innovative research programs across Europe. The EIB loan contributes to Repsol’s strategy to transform its business model and to its decarbonization strategy. We are pleased to be collaborating with companies such as Repsol which are taking steps towards decarbonizing business activity and strengthening resilience to climate change.”

Commenting on the agreement, Repsol’s CFO, Antonio Lorenzo, said: “We are proud to be the first company in the sector to obtain this type of financing, which is a result of our commitment to execute ground-breaking projects in support of a rapid, effective and just energy transition.”

This innovative plant will contribute to the development of low carbon fuels to be used in hard to decarbonize and hard to electrify sectors. The project is fully aligned with the European Green Deal and the Fit for 55 package and will support energy security by lowering EU dependency from fossil fuel imports. Repsol’s decarbonization path earmarked EUR 6.5 billion to low-carbon initiatives in 2021-2025 (35% of total investment). EIB funding to support its green transformation, is in line with the EIB contribution to the REPowerEU recently approved by the EIB’s Board of Directors.

Repsol was the first company in its industry to commit to zero net emissions by 2050 and is implementing an ambitious decarbonization strategy in alignment with the Paris Agreement and the United Nations Sustainable Development Goals.

The Bank has a longstanding relationship with Repsol and has financed over ten projects, since the first agreement in 1988, soon after Spain’s accession to the European Economic Community.

Repsol is a global multi-energy company that is leading the energy transition. Present throughout the energy value chain, the company employs 24,000 people worldwide and distributes its products in more than 90 countries to around 24 million customers. Repsol is transforming its industrial complexes into multienergy hubs through state-of-the-art projects with the ambition of achieving zero net emissions by 2050.

The EIB and energy security

Over the past decade, the European Investment Bank Group has channelled almost €100 billion into the EU energy sector. These timely investments are now helping Europe weather the crisis triggered by the abrupt cut in Russian gas supplies. In the first nine months of this year alone, the EIB signed financial support totalling more than €8.3 billion for projects in energy efficiency, renewables, electricity and storage in the European Union, thus helping strengthen the resilience of the European economy.

In October, the EIB’s Board decided to raise the Group’s clean energy financing volumes to unprecedented levels in support of the REPowerEU objective of ending Europe’s dependency on Russian fossil-fuel imports. An additional €30 billion will be invested over the next five years, on top of the EIB’s already robust support for the EU energy sector. It is estimated that the REPowerEU package will mobilise an additional €115 billion in investment by 2027, thus making a substantial contribution to Europe’s energy independence and the EIB Group’s target of mobilising €1 trillion this decade in climate financing.