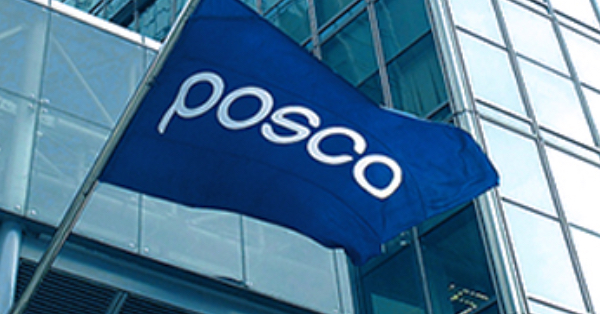 DSME on Wednesday said it held the day before an agreement ceremony with POSCO on forming a cooperative system for the development and use of new materials for shipbuilding.

The gist of this partnership is securing future competitiveness.

The two companies are preparing to develop new materials such as a type of steel able to withstand high pressure and low temperature to transport liquefied carbon dioxide and high manganese steel to store and move cryogenic liquefied hydrogen at minus 253 Celsius, as well as advance welding construction technology.

They will also jointly design and produce fuel tanks for ammonia-propelled vessels, considered the next generation of eco-friendly ships, in line with the zero-emission environmental regulations of the International Maritime Organization.

This is not the first joint project between DSME and POSCO. The two had held exchange meetings for about 20 years and cooperated in research and development.

They previously came up with ultra-thin TMCP steel 80mm-100mm thick that can withstand the loading weight of an ultra-large container vessel for use in high-manganese steel fuel tanks for minus 163-degree cryogenic LNG, as well as low-temperature steel for cargo windows that can carry minus 55-degree LPG and ammonia.

Joo Se-don, head of POSCO R&D Center, said, “We will find methods for the shipbuilding and steel sectors to coexist based on trust and cooperation formed over the past 20 years.”

DSME Executive Vice President Choi Dong-kyu, who heads his company’s R&D Institute, added, “Under this business agreement, we will step up development of new materials and research on welding technology.”