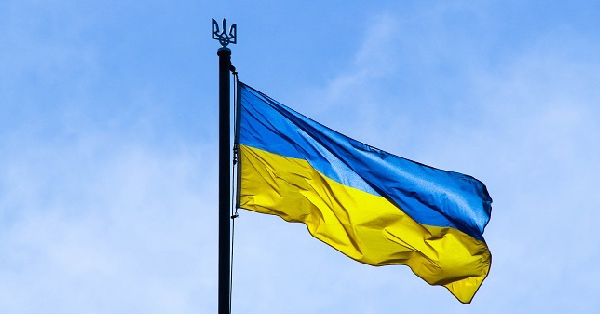 The European Bank for Reconstruction and Development (EBRD) and the Government of France have teamed up to help Ukraine and its economy maintain its railway services and energy supply.

France is providing a guarantee worth €49.4 million to support an EBRD loan of €150 million to UkrZaliznytsya (UZ), Ukraine’s railway company. This will help finance critical operating expenses to ensure stable rail cargo and passenger transportation, as well as evacuation and humanitarian aid services in the war-torn country.

The French guarantee complements another guarantee for UZ provided by the European Union through its European Fund for Sustainable Development (EFSD).

The EBRD has been working with UZ since before the war and has stood firmly by the rail company since Russia’s invasion. In addition to liquidity financing, the Bank is currently working closely with UZ on a new sovereign guaranteed loan of up to €200 million to cover critical capital expenditure needed to improve railway connectivity with the European Union.

In parallel, France is providing a €50 million guarantee to facilitate an EBRD loan of €300 million to Ukrainian state-owned gas company Naftogaz. The financing will help Naftogaz purchase gas and guarantee supply to Ukrainian customers, and produce electricity over the winter and beyond.

France, a founding member of the EBRD, is a generous donor partner to the Bank and a strategic ally.

EBRD President Odile Renaud Basso said: “Like other G7 countries, France is providing crucial support to our emergency operations in Ukraine. It shows how strong our partnership is and how much our priorities are aligned when it comes to backing Ukraine and its people.”

French Minister of Economy and Finance Bruno Le Maire said: “Naftogaz and UkrZaliznitsa’s infrastructures, which are covering the whole Ukrainian territory, constitute a backbone of the Ukrainian economy at wartime. Energy and railways are not only providing essential services to the population, they are key components of the Ukrainian economic resilience. I am delighted France can back, through its guarantee, the very important projects developed by the EBRD to address these companies’ urgent liquidity needs.”

In October, on a visit to Kyiv, President Renaud-Basso told Ukrainian President Volodymyr Zelenskyy of the Bank’s determination to support Ukraine while it defends itself against Russia’s aggression. She pledged that the EBRD would commit up to €3 billion over the course of 2022-23 to shore up Ukraine’s businesses and keep the economy functioning.

To address Ukraine’s most pressing economic needs, the EBRD is prioritising trade finance, energy security, vital infrastructure, food security and providing liquidity to the private sector. Investments in all areas involve donor support from partners such as France, the United States of America, Norway, the European Union, the Netherlands, Germany, the United Kingdom and Canada.

Ukraine is one of the Bank’s largest recipients of investment. From the beginning of the war in February, the Bank has moved swiftly: from condemning the Russian attack on Ukraine, facilitated by Belarus, to preparing an immediate financial response. Its assistance aims to ensure the resilience of Ukraine and the countries that are welcoming refugees, combined with a plan for the country’s reconstruction when circumstances allow.