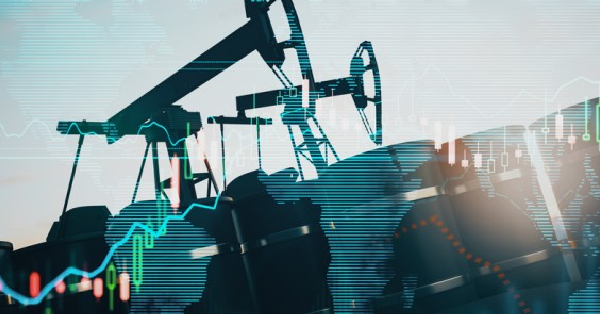 Oil prices have slumped since early November as traders concluded the price cap on Russia’s exports introduced by the United States, the European Union and their allies will have little impact on crude availability.

Earlier fears the cap would disrupt crude flows boosted Brent prices and calendar spreads throughout October – even as the outlook for the global economy and oil consumption deteriorated.

Front-month Brent futures LCOc1closed at almost $97 per barrel on Oct. 27, up from $84 a month earlier, well above the long-term inflation-adjusted average of $60 since 1990.

Brent’s six-month spread, the best indicator of the expected production-consumption balance, was trading in a backwardation of nearly $9 per barrel, in the 99th percentile for all trading days since 1990.

But something caused expectations to change in the first week of November, with prices and spreads declining almost continuously since then.

In late October, U.S. Treasury officials started to brief the media and traders the cap would be set at a relatively high level (“Biden team reworks plan for Russia oil-price cap”, Bloomberg, Oct. 26).

Following last-minute discussions, on Dec. 2 the cap was set at $60, with a commitment to review it by mid- January 2023 and every two months thereafter (“G7 agrees oil price cap”, European Commission, Dec. 3).

By the time the details of the cap were announced, the cap was close to the level at which Russia’s crude exports were already trading, minimising the impact on flows, at least in the short term.

On Dec. 5, the cap’s first day, Brent prices had already retreated to $83 per barrel (67th percentile for all trading days since 1990 and the 46th percentile since 2000), implying the market is expected to remain well-supplied.

Brent’s six-month spread had slumped to a backwardation of just 67 cents (54th percentile for all days since 1990), close to its long-term average and the lowest level since the first coronavirus vaccines were announced in late 2000.

Pre-convergence between market prices and the cap could be seen as evidence policymakers successfully guided traders’ expectations towards the planned cap level and/or the cap was relaxed to where the market was already trading.

In May, a summit of EU leaders agreed to prohibit the provision of maritime and insurance services in connection with Russia’s petroleum exports (“EU adopts sixth package of sanctions against Russia”, European Commission, June 3).

The sixth sanctions package was intended to intensify economic pressure on Russia and deny it hard currency to finance the country’s war with Ukraine.

The maritime services ban was appears to have been intended to disrupt the exports of Russia’s crude oil and petroleum products on a worldwide basis.

Businesses within the EU and Britain are major international suppliers of maritime insurance, brokerage and other services to the tanker-based oil industry.

But the package represented a serious over-reach since it threatened to disrupt the production and supply of crude and products to global markets.

Given the lack of alternative sources of supply, the ban risked increasing oil and energy prices significantly, not just in the United States and the EU but in third countries such as India and China.

The cap has been an attempt to walk back the EU’s maritime services ban without a politically and diplomatically embarrassing climbdown.

The cap softens the ban by permitting the continued provision of maritime services provided Russia’s crude and refined products are sold at prices at or below the cap level.

Russia’s crude oil and petroleum products will continue to flow to international customers through some combination of compliance, avoidance and evasion

Russia’s petroleum exports will comply with the EU and UK maritime services sanctions provided they are sold at or below levels specified in the caps.

Petroleum exports will be able to avoid the sanctions if they use insurance, brokerage and other maritime services from businesses and persons outside the United States, EU, United Kingdom and their allies.

Petroleum exports will be able to evade the sanctions through fictitious paperwork that disguises the Russian origin or mis-states the price paid.

Similar to domestic tax administration and enforcement of other international sanctions, compliance and avoidance are legal routes, while evasion is illegal and subject to civil and criminal penalties.

But it is also likely Russia’s exporters will also try to evade the price cap by disguising the origin of shipments (through vessel-to-vessel transfers) as well as mis-stating sales prices (via mis-invoicing or undeclared side payments).

Previous sanctions systems targeting oil exports from Iraq, Iran, Libya and Venezuela over the last 30 years were characterised by widespread overt avoidance and clandestine evasion.

In setting a price cap for Russia’s crude and products, U.S. and EU officials have been confronted by a menu of policy options and other considerations.

These include: (a) level of the cap; (b) aggressiveness of enforcement; (c) availability of alternative sources of supply; and (d) condition of the global business cycle and fuel consumption.

The global business cycle is currently slowing, with Britain and the EU already in recession, relieving some of the pressure on stretched petroleum supplies.

But there are no replacements for Russia’s exports of crude oil and refined products, especially middle distillates, available in sufficient quantities.

Policymakers have therefore opted for a relatively high price cap and signalled a relaxed approach to enforcement to maximise Russia’s exports and minimise any impact on global oil supplies and prices.

The initial review in January 2023 and every two months thereafter will allow both the level of the cap and intensity of enforcement to be flexed up or down based on experience and in the light of changing economic conditions.

If the global business cycle strengthens and oil prices climb significantly, the cap will have to be raise, enforcement will slacken, or there is likely to be a significant increase in avoidance and evasion.

The incentive for avoidance and evasion is directly linked with the gap between the price cap and the prevailing prices for other crudes and fuels not subject to sanctions.

Conversely, if the business cycle weakens and oil prices fall, there will be scope to lower the cap or step up enforcement activity, squeezing Russia’s revenues further.