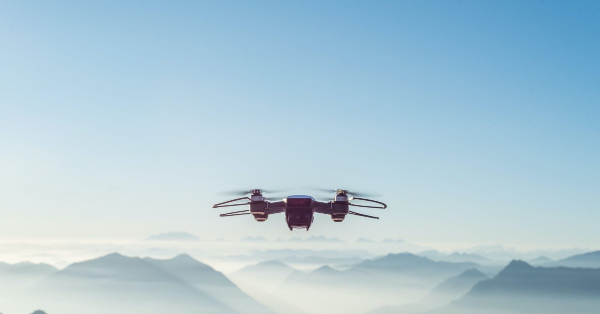 The drones industry is getting a lot of success in many verticals such as agriculture, smart infrastructure, geographical observation, emergency management, insurance,… Meanwhile, the benefit of the drone industry is straightforward, it comes with strong needs to comply with regulations, to protect the sensitive data gathered from the field and secure the management of a fleet of drones spread over the territories.

Cysec, a software provider for Confidential Computing and hardened OS, and Aero41, a manufacturer and provider of fleets of drones for industrial needs, now enter a partnership to provide a secure, efficient and robust solution for managing end-to-end a fleet of drones.

At a time when data protection is a central element in the development of many technologies, flying a drone weighing more than 40 kg over an agricultural plot can be considered risky. Prevention rather than cure is part of Aero41’s DNA, which is why CYSEC, a partner of choice, helps us to deploy tools that are increasingly secure and reliable… allowing end-users to concentrate on their work. The EASA places security at the center of its concerns, and the topic of cyber-attacks is becoming more and more important in the discussions leading to the concept of a safe European sky. By taking the lead, Aero41 and CYSEC anticipate standard processes that will soon be required in Europe.

Working with CYSEC has allowed us to add a significant added value in an increasingly complex environment in terms of legislation: the protection of our machines against potential cyber-attacks!” says Frederic Hemmeler, CEO Aeoro 41.

The underlying IT environment for the management of a fleet of drones relies on distributed architecture with a data center, the cloud to scale and edge components located in the drones. Drones generally handle small CPU capabilities such as ARM based HW due to the weight and energy consumption limitation that should integrate within an end-to-end management and security approach.

On a drone itself there are some challenges to take care of the intrusion and the inappropriate control of the drones, the confidentiality and integrity of the data gathered in the drone stored in the cloud, the physical tampering of the drone, the protection of the telecommand and telemetry data and the eventual discontinuous connectivity that may occur during a flight.

From a central management perspective, other challenges come up such as the protection of communication between the drones and the control center, the centralized operation to simplify the management to operate and update the drones, a scalable and agile architecture to follow the development of the fleet, the simplicity for the business to pursue different scope without the need to redevelop applications each times.

“Deploying on a complex cyber sensitive solution such as the Aero41 fleet of drones gives Cysec the possibility to leverage the whole potential of Arca Trusted OS from the core to the edge and pave the way for future developments beneficial for advanced  edge computing solution” says Luca Gabella, VP Edge Computing at Cysec.

Cysec offers a hardened confidential computing based operative system combined with a secure Kubernetes orchestrator that can run in clouds, on bare metal, and on edge-native infrastructure with Arm based hardware such as Raspberry Pi 4. Integrating Cysec within the Aero41 IT architecture, end users can now rely on Aero41 advanced drone services fully managed and secured by Cysec’s Arca trusted OS in a seamless way for their business activities.