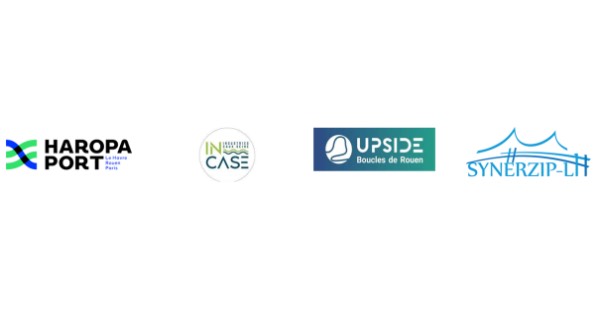 A visit to Saipol’s plant in Grand-Couronne on 9 November by Christophe Béchu, Minister for the Ecological Transition and Territorial Cohesion, provided an opportunity to present this projec

The call for proposals for “Low-Carbon Industrial Zones” (ZIBaC) projects published last March by ADEME is directed at developing exemplary industrial zones by fostering the emergence of ambitious local regional projects for decarbonisation, climatic resilience and the ecological transition.

Publication of the call attracted considerable interest from professional associations and companies already addressing the issue of decarbonisation.

For example, industrial sectors on the Seine Axis and HAROPA PORT have been working for several years on decarbonising industrial clusters. In 2018, an initial Carbon Capture, Utilisation & Storage (CCUS) study was conducted by a grouping formed by a dozen manufacturers, Normandy regional government, ADEME, the two industrial associations of Le Havre and Port-Jérôme and HAROPA PORT. This demonstrated the relevance of implementing a “CCUS programme” from Le Havre to Rouen to capture some of the 9MT of CO2 produced every year by industry along the Seine Axis.

In July 2021, five industry majors – Air Liquide, Boréalis, Esso S.A.F., TotalEnergies and Yara International ASA – signed a memorandum of understanding to work together on the development of CO2 capture and storage infrastructure that would help decarbonise Normandy’s industrial basin. The first phase will involve an exploration of the project’s technical and economic feasibility. HAROPA PORT’s support for the initiative of these industrial enterprises was highlighted during a visit by the Minister of Transport on 29 October 2021.

The ZIBaC project: involving all Seine Axis actors and every lever for decarbonisation

ADEME’s call for project proposals led to the combination of the initiatives of the associations of the three port/industrial zones in line with the decarbonisation project initiated by the aforementioned companies.

The response to the call for proposals submitted by the grouping of three associations in conjunction with HAROPA PORT therefore includes part of the CCUS exploration studies and opens out the decarbonisation focus to include other levers such as energy restraint and efficiency, new energies, industrial ecology and the issues surrounding land development, regional resilience and employment, which fall within the remit of local authorities and regional government.

The studies and actions envisaged in the joint submission relate to: