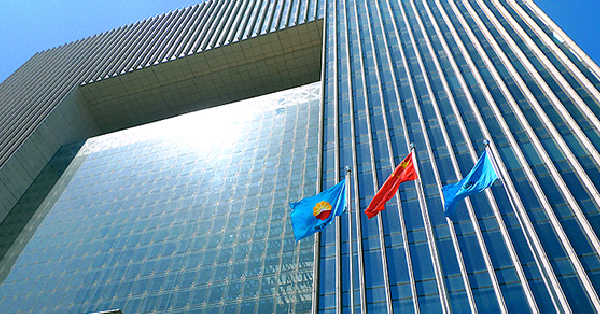 PetroChina completed its first ship-to-ship bunkering of an LNG-powered container ship at the Shenzhen Yantian Port on Nov. 22, marking the start of offshore LNG STS bunkering business in the Guangdong-Hong Kong-Macao Greater Bay Area, South China, it said on its official website Nov. 24

The move is expected to play a vital role for PetroChina to expand its offshore LNG STS bunkering business in the country and contribute to the development of green shipping, it added.

The bunkering operation lasted for about six hours while a total of around 7,000 cu m of LNG was refueled on the containership, a 23,000-twenty-foot equivalent unit ship, owned by CMA CGM Group, according to PetroChina.

The STS bunkering can realize the simultaneous operations of loading/unloading and fuel bunkering compared with traditional bunkering, saving at least seven days of berthing time for ships, PetroChina noted, adding that this will not only improve the operational capability of both international ships and Shenzhen Yantian Port, but also enhance the competitiveness of Shenzhen as an international shipping center.

The beginning of LNG STS bunkering service has made Shenzhen Yantian Port become the fourth hub port in the world and the first hub port in South China with LNG bunkering capability after Singapore, Rotterdam, and Shanghai, PetroChina’s wholly owned subsidiary Kunlun Energy said on its social media platform.

According to an S&P Global estimate earlier this month, petroleum-based fuels, under a reference case, will account for 90% of global bunker demand in 2030, with LNG taking 7.8% of the share and alternatives 2.2%. LNG’s uptake could increase to 12% in 2050.

In its higher uptake scenario, based on companies expediting their CO2 targets and regulators implementing more restrictive environmental laws, S&P Global estimated alternative fuels at 39%, LNG at 32%, LPG at 1%, and oil-based fuels at 28% of total bunker consumption in 2050.