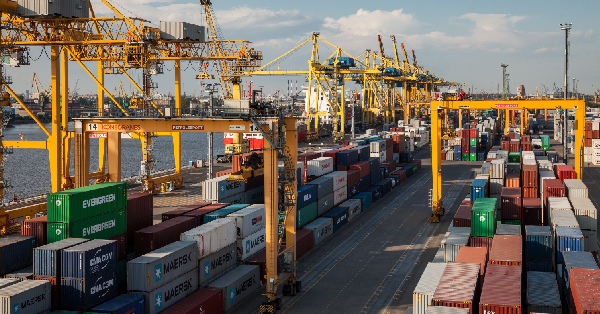 According to Victor Markov, despite all the negative factors, the Russian container transportation market stabilizes as of 10 months of 2022. The volume of container transportation exceeds the same period of the previous year. Although the main positive dynamics is caused by the high cargo base of the start of the year, an important part of the market’s resilience is the increase of Chinese imports.

And as a result, an increase in import and domestic traffic – by 14% and 3.5% against the same period of the last year. The main decline driver became transit shipments – by 19%, while exports declined by 4%.

At the same time, the speakers noted a geographical imbalance in container cargo flows. Victor Markov commented: “The container railway traffic volume in transit with the Far East has grown by 19% in the 10 months of this year. Meanwhile, in October the dynamic is even more significant – 33% compared to the previous year’s October. The Eastern Polygon, border crossings, and ports were not fully prepared for this turnaround. We can see a serious deficit in the infrastructure capacity of the Eastern Polygon”.

Another problem indicated by the representatives of the Group is a coordinated container trains sharp drop in the Trans-Baikal and Far Eastern Railways, down to 30% by the level of summer 2022. They stressed that the operational situation is worsening, the number of abandoned container cars on the network has increased. As a result, export flows are reduced, creating import congestion at land border crossings and ports in the Russian Far East.

The containers delivery time to the cargo recipient increases significantly – up to 2-3 months. Alternative routes that are currently developed are more expensive than the traditional ones. The consequence – only about 70% of solvent exports/imports are transported.

The Group representatives offered integrated solutions to these problems – investment, technological and organizational.

Investment decisions of both the government and business should consider not only the largest basic objects of transport infrastructure (such as the Baikal-Amur Mainline and the Trans-Siberian Railway), but also smaller ones.

Above all, about expanding our country’s sea and land gateways – ports, including access points, and border crossings. Without such investments, they are about to turn into “bottlenecks” promoting container flows in export-import traffic. The speakers noted that the Group is actively investing in the Zabaykalsk station and the infrastructure of the Vostochnaya Stevedoring Company (VSC, part of Global Ports Group’s stevedoring asset).

Viktor Markov stressed that the reconstruction of Zabaykalsk will provide an increase of three to four import container trains per day to the current throughput capacity of the station and the border crossing.

According to Albert Likholet, Global Ports is increasing fleet of VSC equipment, transferring it from the northwestern terminals and expanding usable areas by developing acquired land plots for adaptation to market needs and container cargo turnover growth in the Far East.

With the simultaneous development of the Nakhodka-Vostochnaya station, the throughput capacity of the VSC in 2031 could reach 1.8 million TEU.

The Nizhneleninskoye border crossing in the Jewish Autonomous Region and the Dostyk – Altynkol border crossing on Kazakhstan’s border with China are also noted as important facilities in the East.

The second part of the Group’s suggestions concerns the existing problems in the organization of traffic along the Eastern Polygon. It has been repeatedly stated about the system deficiencies of the applications for cargo transportation by rail. The Group representatives offered to develop a unified, clear, and unambiguous regulatory act for the cargo railway transportation application system.

According to Viktor Markov, the proposal to prioritize container shipments through the Eastern Polygon also follows from here. This would not only solve export issues, but also provide our country with strategically important imports, now barely passing through ports and border crossings.

The third solution proposed by the Group is the organization and development of new services. On the one hand, they are supposed to compensate for the lost logistics chains and, on the other hand, to increase the transport independence of our country.

For these reasons, the Group is actively developing its own maritime services, new entry and exit points, and new transport route correspondences.

In particular, services with Turkey (ports of Istanbul, Samsun, Mersin) and India (Mundra and Nava-Sheva) have been organized recently.

“In this regard, the acquisition of Sakhalin Shipping Company by Delo Group is absolutely rational – we will provide part of our services with our own fleet”, pointed out Victor Markov.