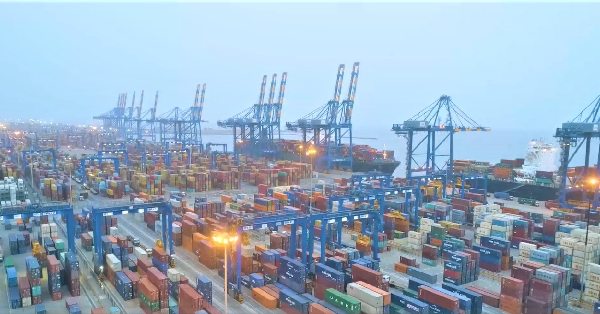 Adani Ports and Special Economic Zone Ltd (APSEZ), the largest transport utility in India, has entered into a definitive agreement for the acquisition of Oiltanking India GmbH’s 49.38% equity stake in Indian Oiltanking Ltd (IOTL), which is one of India’s largest developer and operator of liquid storage facilities. This agreement also includes acquisition of an additional 10% equity stake in IOT Utkal Energy Services Ltd, a 71.57% subsidiary of IOTL.

Over the last 26 years, IOTL has built a network of six terminals across five states with a total capacity of 2.4 Mn KL (owned capacity of 0.5 Mn KL and BOOT capacity of 1.9 Mn KL) for storage of crude and finished petroleum products. The owned facilities include Navghar terminal in Maharashtra, Raipur terminal in Chhattisgarh and Goa terminal. The BOOT terminal with Indian Oil Corporation Ltd (IOCL) is at Paradip (Odisha) and O&M contracts with IOCL are at JNPT (Maharashtra) and Dumad (Gujarat). The company also has a biogas plant of 15 TPD capacity in Namakkal (Tamil Nadu).

“With this acquisition, APSEZ’s oil storage capacity jumps 200% to 3.6 Mn KL, making it India’s largest third-party liquid storage company. This ties well with our ambition to become the largest transport utility globally,” said Mr Karan Adani, CEO and Whole Time Director of APSEZ.“This stake purchase is also well aligned with our strategy of diversifying the cargo mix with focus on products and services having higher realisation and margins. The deal will further strengthen our strategic partnership with IOCL, a key stakeholder and India’s largest refiner and customer of oil storage tanks.”

IOTL is on a growth spree given the increasing demand for oil products in the country. The company recently signed a 25-year BOOT contract with Numaligarh Refinery Ltd for the construction, operation, and maintenance of 0.6 Mn KL crude storage tanks at the Paradip Port. Besides, the company is also negotiating/bidding on various other large projects, both at existing facilities and new locations.

The majority of IOTL’s tank capacity is contracted by reputed PSUs and oil majors. With around 80% of IOTL’s capacity under ‘Take-or-Pay’ contract, there is a good visibility on the future cash flows of the company. In FY22, IOTL’s revenue and EBITDA were Rs 526 Cr and Rs 357 Cr respectively. The acquisition price of Rs 1,050 Cr implies an EV/EBITDA multiple of ~8x on FY22 numbers.