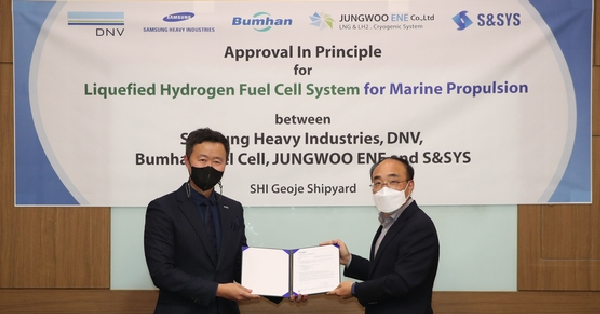 Samsung Heavy Industries announced on Nov. 9 that it has obtained approval in principle (AIP) for a liquid hydrogen fuel cell system for ship propulsion from DNV, a Norwegian classification organization.

A polymer electrolyte fuel cell uses a polymer membrane as an electrolyte. It operates at a relatively low temperature. It is suitable for applications in the mobility field because it can start quickly and has strong durability even after repeated starts and stops, experts say.