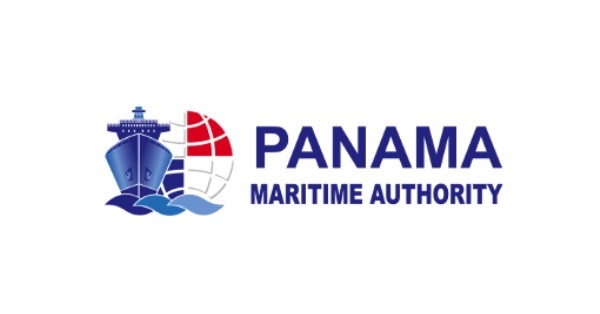 “Currently, 90% of the evidence of the actions carried out has been completed according to the results of the audit report carried out by the European Maritime Safety Agency (EMSA), for which the Panama Maritime Authority (AMP) is preparing the second group of evidence for the respective delivery to the General Directorate of Mobility and Transport (DG MOVE) of the European Commission (E.U.),” said the Director of the General Directorate of Seafarers (DGGM), Captain Juan Maltez during the delivery to the European High Commissioner for Transport, Adina Valean, of a summary with the progress made by Panama for its recognition as a third country before the European Union, which would mark a milestone in the Panamanian maritime history.

Panama makes progress in the process of its recognition, which is being verified before the European Commission, referring to the recognition of the titles of competence of Panamanian seafarers by the Member States of the European Union, in accordance with Rule I /10 of the International Convention on Standards of Training, Certification and Watchkeeping for Seafarers 1978, as amended (Convention STCW’78, as amended) and Directive 2008/106/CE.

A favorable result after the verification process and the subsequent recognition by the EU will be a great boost for Panamanian seafarers since they will be allowed to work on board European-flagged ships, in this way we will be able to export our human resources of quality, complying with high standards, guaranteeing safety at sea, their labor rights and the obligations that each position demands, in accordance with the regulations of international agreements.

These efforts made by the AMP demonstrate the commitment of the current administration to comply with the STCW’78 Convention, as amended, and to promote job opportunities for our seafarers, thus demonstrating that Panama is focused on providing the maritime international industry with cadets and officers with high-level professional training, competitive and at the forefront of technological demands, which guarantee safe and reliable maritime transport.

The detailed note with the progress made by Panama was delivered to High Commissioner Valean, during the Cyprus Maritime Award and Cyprus Maritime Week, events that were attended by more than 900 maritime transport professionals from 35 countries, where the Panamanian delegation met with government officials and important shipping companies of the Republic of Cyprus, with the purpose of strengthening ties of friendship and camaraderie.

In addition, the excellent bilateral relations that exist between both countries were reaffirmed, including the support of Cyprus for the recognition of Panama as a third country, before the European Union, as a requirement of Rule I/10 of the International Convention on Standards of Training, Certification and Watchkeeping for Seafarers 1978 (STCW’78, as amended). They also agreed to work together to effectively address global challenges that concern the maritime and shipping industries.

Promoting the mechanisms that facilitate the promotion of Panamanian seafarers has been one of the priorities of the AMP and through the DGGM, it has contributed to shipowners from all over the world becoming interested in hiring Panamanian labor, with this objective, they met with representatives of OSM Maritime Group, a leading company in ship management and maritime service providers, who expressed interest in signing a future Memorandum of Understanding (MoU) with AMP on training, education, internship activities and creation of job opportunities for Panamanian seafarers, and the possibility of visiting Panamanian Maritime Universities and Maritime Training Centers (CFM) was raised, to learn about the profile of the education provided.

On the other hand, the Panamanian delegation attended a follow-up meeting, after signing the Memorandum of Understanding, with the General Director of the Group and CEO of MSC Shipmanagement Ltd Cyprus (a subsidiary of Mediterranean Shipping Company (MSC)), Captain Prabhat Jha, who pointed out that next November, the interview process will begin for the selection of Panamanian seafarers, who wish to embark on their ships.

In the same way, the representatives of Panama met with the delegation of the Kingdom of Saudi Arabia, to discuss issues related to the progress of the future signing of the Agreement, between the Panama Maritime Authority and the Ministry of Transport and Logistics Services of Saudi Arabia, concerning the mutual recognition of training and certification in accordance with Rule I/10 of the International Convention on Standards of Training, Certification and Watchkeeping for Seafarers, 1978, Amended, (Convention STCW’78), which would be of great benefit to Panamanian seafarers as it would provide them with new job opportunities.